During an interview over the weekend, conservative commentator Candace Owens claimed that Satan was behind the affirmation of transgender identities. Literally Satan.

Owens and BlazeTV host Allie Beth Stuckey said it was harmful to use proper pronouns and affirm trans identities for children even though literally the opposite is true.

OWENS: … How do you combat your child going into a kindergarten class — and this is actually the circumstance in some schools — where they are allowed to call your child by a different gender all day, and they’re not required to tell the parent. I can’t wrap my — to me that is Satan, right? Satan is the author of lies and deception, and when I look at the face of this trans movement, and this trans agenda, and confusing kids — kids are already confused about everything, you know what I mean? And our job is to tell them what the truth is. And when I see that, I think this is actually satanic, and I just don’t know what we say to those parents who can’t afford to take their kids out.

Media Matters points out that this sort of rhetoric is nothing new for Owens:

Owens has a history of making extreme anti-trans comments, including saying that the movement for trans equality “is one of the most dangerous” and “evil” things that is happening. She has said, “I cannot think of anybody’s emotional capabilities that are more unstable than somebody that is transitioning from a male to a female.” She also called trans women competing in sports and Miss Universe pageants “a complete and utter mockery of modern feminism.”

Must be nice to have a job where all you have to do is have the worst opinions about everything, but PragerU, which hosts Owens’ show, is known for it. 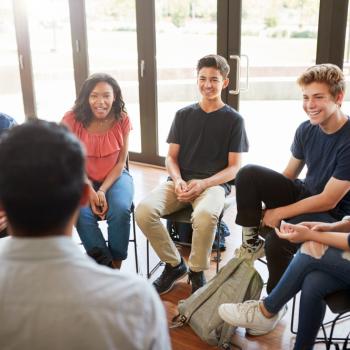