Sometimes the truth is stranger than fiction.

Case in point: the wildly implausible saga of Flordelis dos Santos de Souza (below), the Brazilian Christian singer-turned-congresswoman who now stands accused of orchestrating the murder of a man she selected from among her 55 children — no, that’s not a typo — to become her husband.

And that’s only the beginning of the story. 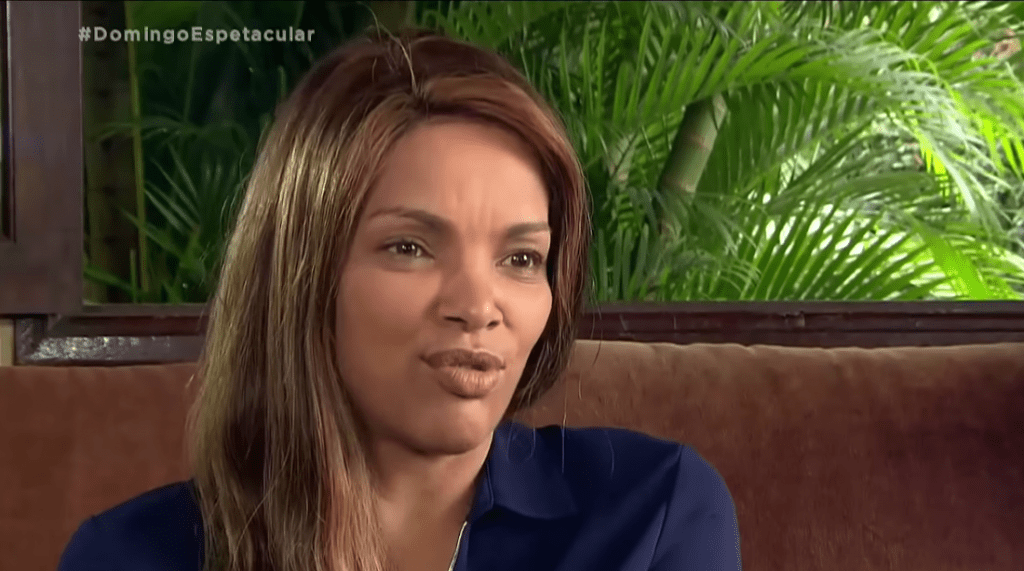 Sources on Flordelis’ story vary wildly, from the BBC to Tumblr, but the basic facts of her life, her political career, and her marriage to Anderson do Carmo and his subsequent death are easily verified. Other claims have been reported in a range of Brazilian news sources, but in a story this incredible, it’s not always easy to separate fact from fiction.

What’s known is this: On June 16, 2019, Pastor do Carmo was shot and killed in what the family identified as a robbery gone wrong. Further investigation, however, has led police to suspect that family members committed the crime after clashing about financial matters, and one of the primary suspects is now Flordelis herself.

Flordelis — like Cher and Madonna, she goes by a single name — comes from deeply religious roots. As a teenager, she provided musical accompaniment for her mother’s evangelical efforts, setting the stage for her later career as a gospel singer and evangelical minister in her own right.

Around the same time, she discovered a passion for helping marginalized youth, which presumably led to her later propensity for adoption.

And that’s where things start to get scandalous.

See, according to the star-studded 2009 movie that tells the story of her life, Flordelis was a godly hero who resisted persecution from an intrusive bureaucracy in an effort to give children the care she needed, at times even making herself homeless to protect her massive family from separation.

It’s fair to wonder if, given a situation where a family with dozens of children is living on the street so the matriarch won’t be arrested for kidnapping, perhaps the bureaucracy isn’t the entire problem. And as investigators looked more closely at the family following do Carmo’s death, her image as a heroic family leader began to unravel.

For starters, not all of the 55 children she brought into her home were created equal in Flordelis’ eyes. Alongside her three biological children (Simone, Flávio, and Adriano), her first five adoptees received preferential treatment: better rooms, better food, and free access to the fridge and pantry.

One of those five adoptees was Anderson do Carmo, adopted in 1991 when he was just 14 years old. Flordelis was 30. For a while, he dated his adoptive sister Simone, but by 1998 — just seven years after the adoption took place — he and Flordelis were married.

Adoptees outside this “first generation” say they felt used by Flordelis and Anderson, despite the image of a loving family that Flordelis tried to project to the world. 19-year-old Lucas Cézar dos Santos, currently in prison as an alleged accessory to Anderson’s murder, says the singer kept a baseball bat for beating others.

An anonymous witness even told UOL News that Flordelis and Anderson do Carmo were having incestuous relations with their adoptive children… although, given that do Carmo was one of those adoptive children prior to his marriage to Flordelis, maybe that’s less surprising than it should be.

Certainly a great deal of information that’s emerged about the couple since do Carmo’s death has had a similarly salacious tone. Brazilian newsmagazine Extra (which has been following the Flordelis case closely) shares testimony from former members of Flordelis and Anderson’s church (the Ministry of Flordelis, naturally) that the pair, along with daughter Simone and her husband, regularly frequented a swingers’ club.

The paper also claims to have accessed a deposition in which a witness told homicide officers he endured a purification ritual while living in the household — one that involved sex with the famous singer. He claims to have witnessed rituals where children were made to cut their hands and write verses from the Book of Psalms in blood, and he says he saw attempts at “black magic.”

The witness further alleges that Flordelis sometimes offered up the household’s girls for Anderson and other pastors’ sexual use, a claim that has been reported in other local news sources:

[The witness] recalls that at a certain time [family members] were visited by foreign Pentecostal pastors… The declarant recalls that, as a form of reception for such pastors, [one of the daughters] was offered sexually to them. Flordelis was the one who made the offer.

That’s a hefty dose of scandal for any family. But for a pair that the BBC called “a power couple of Brazil’s burgeoning Evangelical Christian movement,” it carries the added whiff of hypocrisy, made even worse by the circumstances of Flordelis’ political career.

She traded on her gospel-music celebrity to establish herself, running for mayor of São Gonçalo more than once before pivoting to federal politics. In 2018, Flordelis became a member of the Chamber of Deputies after running an openly Christian “Bolsonarista” campaign that focused on tough crime-fighting measures, military policing, and “defense of the family.”

And her political career has turned out to be supremely important to her story: Today, while several of her adoptive children (and even one grandchild!) have been arrested in connection with do Carmo’s murder, law enforcement cannot detain Flordelis because of her parliamentary immunity.

Consequently, colleagues in the Chamber of Deputies are seeking to have her removed from her position. Fellow gospel-singer-turned-parliamentarian Léo Motta, argues:

It’s worth stressing that the congresswoman always sought to project the image of a Christian woman, committed to raising her adopted children and concerned about the family, while simultaneously exhibiting behavior which — if the police inquiry’s claims prove true — suggests a perverse, crime-inclined heart. That alone constitutes a violation of parliamentary decorum.

Even if it didn’t, it seems there are plenty more violations of decorum to choose from.

It’s true that scandalous sexual practices do not a murderer make. But homicide detective Allan Duarte says there is enough evidence to identify her as “the intellectual author” of the crime. Messages exchanged between Flordelis and her son André, in which the gospel singer frets that a divorce would “scandalize the name of God,” hint at impending marital breakdown. And that breakdown may have been a long time coming: Police found evidence that Flordelis was lacing do Cormo’s food with arsenic as early as 2018.

Poetically, the raid that rounded up all the remaining family members suspected of involvement was called “Operation Luke 12” in reference to a particularly apt Bible verse:

It would make an excellent theme for a gospel song.

(Screenshot via YouTube. Thanks to Rafael for the link)