Michael Cohen: In 2016, Then-Candidate Trump Mocked Evangelicals After a Prayer

The Washington Post obtained an early copy of Michael Cohen‘s new book, Disloyal: A Memoir, in advance of its publication date on Tuesday, and among the anecdotes offered by Donald Trump‘s former personal lawyer is this quotation coming after a group of evangelicals laid their hands on him in prayer:

The Master of Bullshit knew it when he saw it.

It’s almost infuriating to think that Trump, a man with no principles, could have been a relatable candidate, but came to the conclusion that playing into the hands of those evangelicals and nominating any judges they wanted in exchange for power was a convenient path to the presidency. He was right.

Here’s the bigger question: Will any evangelicals who have, up to this point, supported Trump back away from him?

I doubt it. They’ll just dismiss Cohen as an enemy out to get Trump, not a guy who was around Trump after those public displays of religion were over and fully aware of what Trump said in private. They weren’t bothered by Trump hypocrisy for years. They weren’t bothered by him tear-gassing Americans for a photo op outside a church he didn’t attend while pathetically holding up a random Bible he’s never read.

Why would they be bothered by Trump privately thinking they’re all idiots?

The amusing thing is that Trump likely feels this way about Mike Pence, too: He’s weird. But Trump knows his re-election hinges on pretending to love evangelicals. So he’ll keep lying to them like he lies to everyone else.

Those white evangelical voters are too gullible to recognize they’re being played. At best, some of them know damn well Trump thinks they’re all idiots, but they’ll proudly go along with the charade if it means advancing their vision of a Christian Nation. 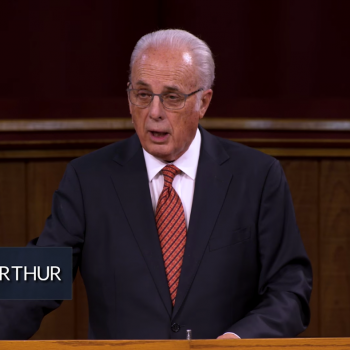