A word of advice to any public school administrator: If a local church offers to help out the students in any way, never trust them. At the very least, make the ground rules very clear.

They didn’t do that at East Alexander Middle School in North Carolina. In fact, they were eager to accept donated planners from Sulphur Springs Baptist Church. But it became a problem when the school realized there were Bible verses written in the back of each book: 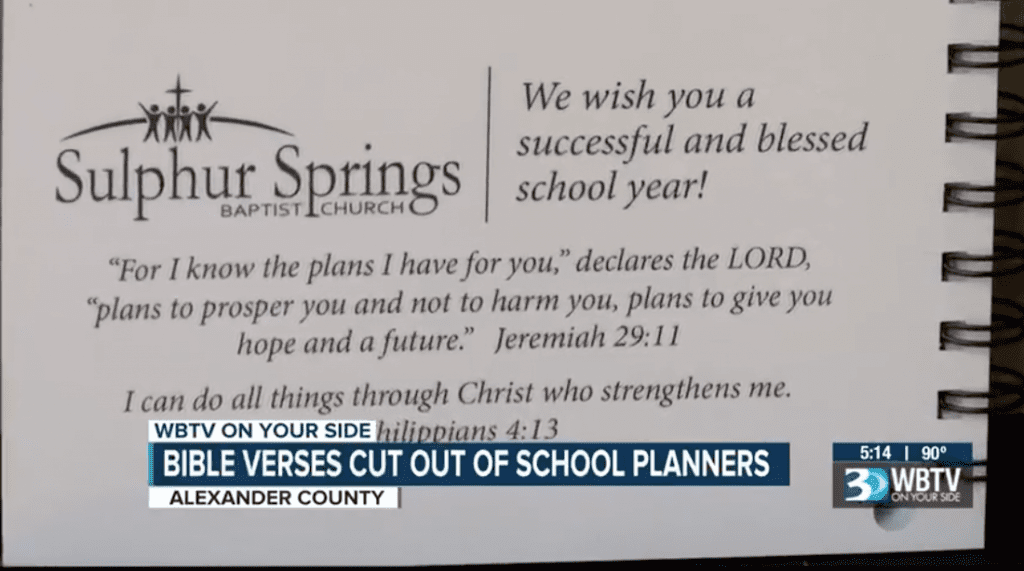 The school could’ve chucked the books altogether. Instead, they snipped out the part of the book with the verses, like a coupon from a newspaper insert, before giving them to students.

At Sulphur Springs Baptist Church, member Brian Walker says the verses were discussed prior to printing and “We thought it was OK.

“Hearing the news that the verses were cut out is disappointing,” Walker said.

Is it really disappointing? I suspect if a mosque made a similar donation with verses from the Qur’an written in the back — or The Satanic Temple decided to chip in — Walker would be among the first to complain.

At least this district had the good sense to get rid of the Lord. They saved themselves the hassle of a legal battle they never even asked for.

(Screenshot via WBTV. Thanks to Brian for the link) 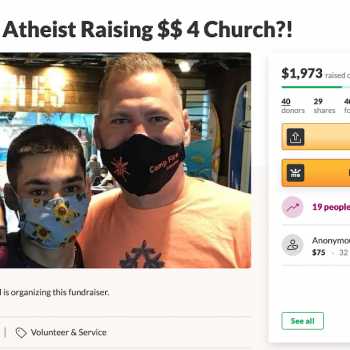