Right-Wing Website Co-Founder: It Would Be a “Sin to Vote for Biden and Harris” September 1, 2020 Hemant Mehta

Right-Wing Website Co-Founder: It Would Be a “Sin to Vote for Biden and Harris”

You knew this was coming: Right-wing Christians, fresh out of ways to convince people to vote for Donald Trump since he’s an utter disaster, are trying to convince gullible believers that voting for Joe Biden is a sin.

Here’s WorldNetDaily co-founder and COO Elizabeth Farah making that case, then going even farther and saying a vote for Biden is like being a bystander during a crime:

“You’re obligated to vote for Trump/Pence in this 2020 election,” she said. “To do good is to eschew those who are advocating evil and unrighteousness, killing of babies, lawlessness, defunding of police, socialism, Marxism, fascism. So you cannot vote for Biden and Harris.”

“To not vote for Trump/Pence in this election — either to vote for the other side or to stay at home — this is the equivalent: I want you to think of this scene of this lovely family — three or four kids, mom and dad — and dad sitting in an easy chair and he’s watching his game,” Farah continued. “There are home invaders right outside the door, pounding down the door, they’re gonna break in and do violence, perhaps rape the wife, whatever they do to their property — who cares. What happens to the children? Don’t know. And the father wants to continue watching the game.”

“You are watching as a blind man goes to a cliff, or maybe it’s toward an oncoming train, and you cannot be bothered to redirect his path to safety?” she added. “That’s what this is about. I want you to just watch the news every single day and you tell me that it would not be sin to vote for Biden and Harris.”

It wouldn’t be a sin. If anything is a sin, it’s defending a lawless, corrupt, cruel administration that has power only because too many Christians don’t have the guts to admit they’re insane.

The irony is that this hypothetical invasion is still happening in Trump’s America. But this kind of bizarre lie is common in white evangelical circles. They make it sound like a Biden presidency would lead to some sort of baby genocide while the very same people look the other way as Trump’s incompetence kills off more than 180,000 Americans (and counting). They’re lying to themselves because the truth — and their complicity in it — is too much to bear. 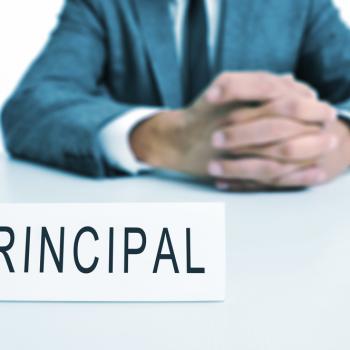