When the Christian fundraising website GiveSendGo launched in 2016, co-founder Jacob Wells said one of the primary goals was to “bring hope to the world.”

Apparently, that hope comes in the form of supporting an alleged shooter.

The site has now raised $200,000 (as of this writing) for Kyle Rittenhouse, the 17-year-old seen on video shooting protesters in Kenosha, Wisconsin. He’s been charged with “two counts of first-degree homicide and one count of attempted homicide.” 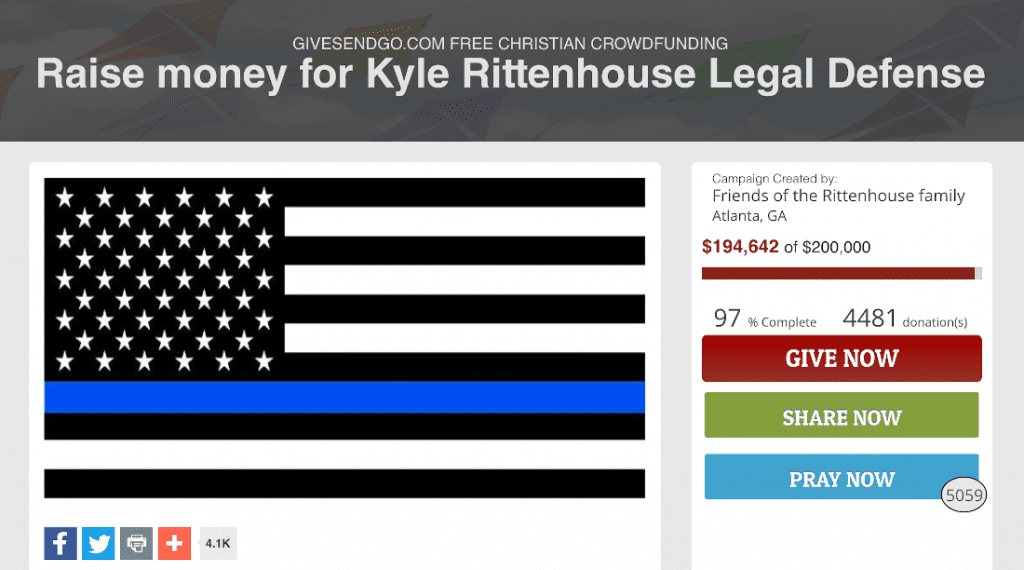 Why is the fundraising website allowing this campaign to go on when secular sites like GoFundMe wouldn’t allow it? No one from the website responded to a request for comment by Religion News Service, but Rittenhouse has become something of a cause célèbre for conservatives who are celebrating his supposed act of self-defense. He was protecting businesses and pushing back against rioters, they argue.

The Give Send Go campaign for Rittenhouse, titled “Raise money for Kyle Rittenhouse Legal Defense,” has a short description of how the funds will be used.

“Kyle Rittenhouse just defended himself from a brutal attack by multiple members of the far-leftist group ANTIFA — the experience was undoubtedly a brutal one, as he was forced to take two lives to defend his own,” reads the campaign page. “Now, Kyle is being unfairly charged with murder 1, by a DA who seems determined only to capitalize on the political angle of the situation. The situation was clearly self-defense, and Kyle and his family will undoubtedly need money to pay for the legal fees.“

It’s not surprising that conservatives would jump to his defense. They live in a fantasy world where protesters for racial justice are the enemies. A body count isn’t a sign of a clash gone too far; it’s a warning. But it’s downright appalling that a website that boasts “Money is temporary… Jesus is eternal” is propping up a fundraiser for an alleged murderer. (The site doesn’t take a cut of the funds, but they do accept donations.)

Turning the other cheek doesn’t raise this kind of cash. 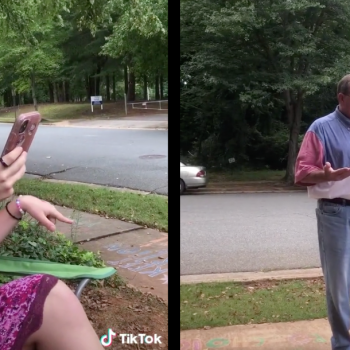 August 30, 2020
This Teen Read "WAP" Lyrics to an Anti-Abortion Activist Preaching the Bible
Next Post 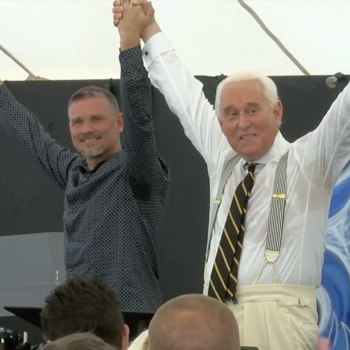