When Nebraska preacher Hank Kunneman of One Voice Ministries was a younger man, in his early twenties, he was working alongside a colleague who dislocated his knee.

Kunneman said a prayer… and BOOM! It was fixed. No doctors, no surgeries, just the power of God.

He told the story during a live broadcast Wednesday night alongside his wife Brenda.

… I remember a story, Brenda, when again, I was back in… 1980-something, right after we got married. We were working secular work, we weren’t in the ministry, Brenda and I, and she was working at the bank. I was working at a service station at the time. And I remember I was up front, and one of… the manager of the service station screams out in pain because he had slipped on some oil as he was working on a car and his knee just went out of joint.

And I could literally see how his knee was not right… because where his pant leg was, where his knee was, you could see that his knee was turned. I mean, there was serious injury. They had to get a couple of guys to literally carry him back and put him in a chair. And they were looking at having to call a squad or something to get him… checked on because he was in some excruciating pain.

He must have torn a ligament or something. And I was a young believer, and I remember just saying to him, I said, “Can I pray for you?” And he said, “Well, what good’s that going to do?” And I just said, “In the name of Jesus, I command that knee, you be healed now!” And I was probably only maybe 23, 24… then all of a sudden, God is my witness, there was a pop. And that knee, I felt it underneath my hand, shift back into position. He jumped up off that chair — the manager — and said, “What the blank blank did you do?” I said, “What do you mean?” He said, “I felt, like, electricity!” But he goes, “I felt my knee because did you hear that?”

And he was, you know, jumping up and down, and all of a sudden, he was in such shock, he didn’t realize that he was healed…

If he has these miraculous powers, then there’s a simple follow-up question: Why isn’t he using them?

Why isn’t Kunneman spending more time in hospitals? In children’s wards? Why isn’t he driving around in an ambulance instead of discussing the Bible on Facebook? Why doesn’t he show us him curing a man on camera?

He’s a grifter. He wants you to think he can cure acne and speak in tongues, and he’s such a bad actor that the fakeness oozes everywhere. 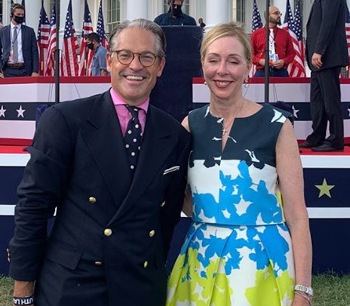