Pastors Are Losing Church Members To QAnon, Swapping One Myth for Another August 27, 2020 Hemant Mehta

Pastors Are Losing Church Members To QAnon, Swapping One Myth for Another

The QAnon conspiracy theory has emerged as a powerful cultish force within the Republican Party, and while there’s no polling that shows it, many QAnon followers are people who regularly attend church. In a really eye-opening piece by Abby Ohlheiser in the MIT Technology Review, she speaks with pastors who have essentially lost members who went down that rabbit hole. It didn’t help that the pandemic forced more regular churchgoers to view services online, meaning they were spending more time than usual on social media, with algorithms directing them to ever-more-insane places. 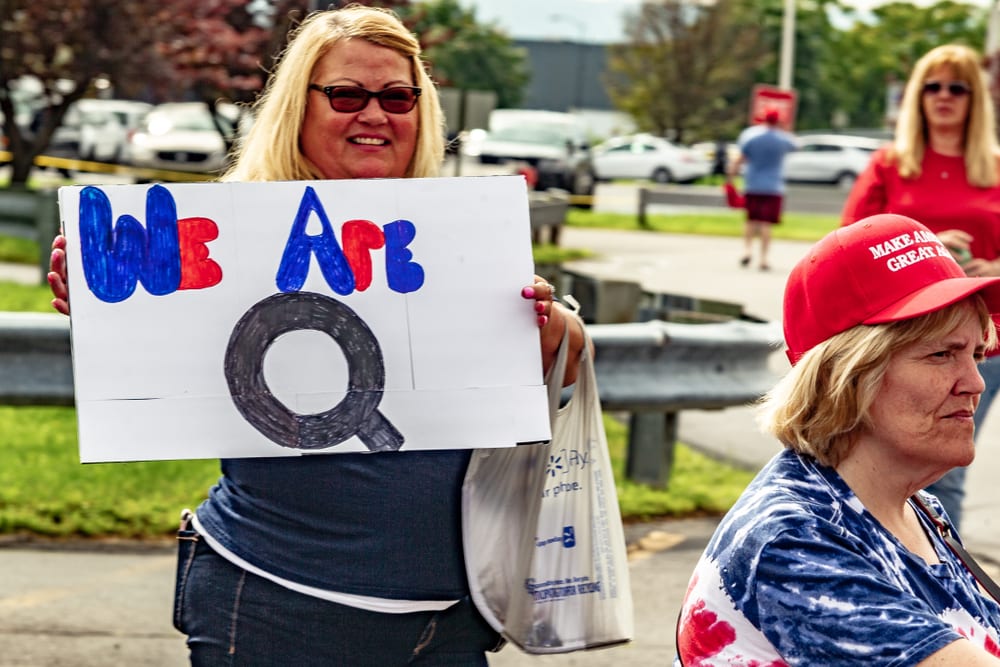 One pastor said it reminded him of the “Satanic Panic” from the 1980s — another completely ridiculous accusation that took hold of evangelicals unable to think critically about what they were hearing.

Before the pandemic, [Pastor Clark] Frailey knew a little bit about QAnon, but he hadn’t given such an easily debunked fringe theory much of his time. The posts he started seeing felt familiar, though: they reminded him of the “Satanic panic” of the 1980s and 1990s, when rumors of secret occult rituals tormenting children in day-care centers spread quickly among conservative religious believers who were already anxious about changes in family structures. “The pedophile stuff, the Satanic stuff, the eating babies—that’s all from the 1980s,” he says.

That conspiracy-fueled frenzy was propelled in part by credulous mainstream news coverage, and by false accusations and even convictions of day-care owners. But evangelicals, in particular, embraced the claims, tuning in to a wave of televangelists who promised to help viewers spot secret satanic symbols and rituals in the secular world.

Why is the connection between evangelicals and Q supporters so strong? Both overlap on their beliefs that liberals are bad, Trump is good, that believers are victims at the mercy of the powerful, and that a savior is there to rescue them.

I would also argue that when you belong to a religion that tells you to dismiss logic and reason in favor of faith and obedience, it’s not that big of a leap for worshipers to accept a difference kind of mythology. If the members of your church are spreading QAnon memes online, then maybe you weren’t doing that great of a job teaching them how to think for themselves.

That’s not specific to evangelicals, obviously. But many of the factors that make a church grow and thrive — a sense of shared purpose, a feeling of knowing something others don’t understand, a desire for knowledge in any form — are the same weapons being used by online conspiracists. If those pastors, who rightly reject QAnon and just want their members back, don’t understand the role Christianity played in convincing people to adopt comforting myths that defy common sense, they have no chance of “saving” the people who need to be rescued.

August 27, 2020
Kenneth Copeland: Christians Who Don't Vote for Trump Are "Guilty of Murder"
Next Post