Televangelist Jim Bakker, who has a reputation for spreading fear and blowing everything out of proportion, said on his show yesterday that there will be a revolution if Donald Trump isn’t re-elected.

‘I’m scared for America. I really am,” Bakker said. “I want to warn America … we’ve got a few more days to stand up. It’s going to be too late after the election, I believe. I think if we elect the wrong people — and you see how wrong it’s been — we’re gonna have a revolution.”

“The church people are going to march in the street and realize they’ve gone too far, and we can’t let the murder of babies lead the way,” he continued. “We can’t let people burn America. We can’t let the rebellion takeover. This is not going to be a nice place to live.”

We can only hope there’s a revolution after Trump loses…

And what fantasy world is Bakker living in that he thinks we’re currently living in a “nice place”?! Everything is awful all the time! It can’t get worse, can it? A bad place for him is a good place for everyone else.

We know why Bakker is scared. If Trump loses, there’s a good chance responsible people will manage government agencies again, which would be bad news for his style of grifting. 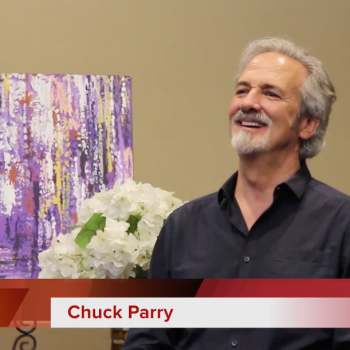 August 26, 2020
Preacher: I Woke Two People Up From Their Comas "Right in the Zoom Room"
Next Post