Stop me if you’ve heard this before: A preacher and his wife are part of a disturbing sex scandal involving young men. Unfortunately, this one is somehow way, way worse than everything involving the Falwells…

In a truly disturbing allegation by the Michigan State Police, a Kalamazoo, Michigan pastor and his wife pressured teen boys into having sex for cash. They got access to some of those victims because the wife worked at their high school; Strickland also worked in the school system for a while in their “Middle School Alternative Learning Program.”

The case involves Rev. Stricjavvar “Strick” Strickland (below), who runs Second Baptist Church, and his wife who works for the Kalamazoo Public School system. The four victims were between 15 and 17 when the alleged abuse occurred, between 2015 and 2018. 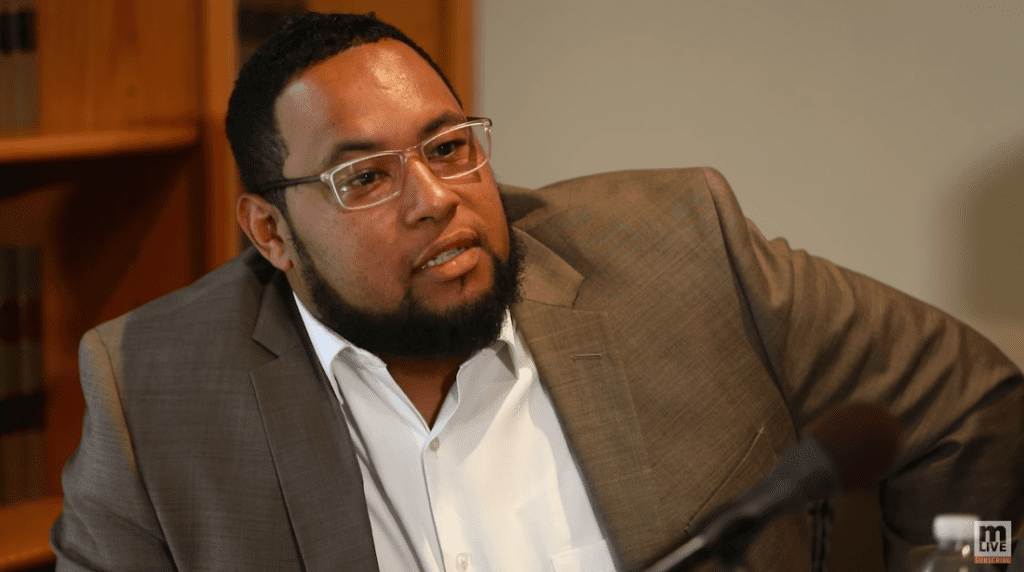 State police say Strickland paid the teen boys $100 to $200 to have sex with his wife or paid them to send him nude photos. Two of the four alleged victims were students at KPS’ Phoenix High School where Strickland’s wife, Jazmonique Strickland, worked.

One of the alleged victims told investigators he was given a car and in exchange, he allowed Strick Strickland to perform oral sex on him. Another alleged victim told police that his grandmother had arranged for Strickland to mentor him and that Strickland and the teen met for the first time at the school.

It’s also alleged in the documents that the pastor engaged in similar behavior years ago with his ex-wife while they lived in Mississippi.

These allegations were first made to the police two years ago. At the time, he denied all wrongdoing and no formal charges were filed. It’s not clear what happened more recently that led to the court filing, though it looks like there are more alleged victims.

(Screenshot via YouTube. Thanks to Trebor for the link)