Here’s a Christian Apologist Eating a Page of the Qur’an and Spitting It Out August 23, 2020 Hemant Mehta

After a Muslim on Twitter said some admittedly awful things, Wood chose to respond with dignity and grace.

… I’m just kidding. He ripped a page of a Qur’an, put it in his mouth, chewed it up, and spit it out… before threatening to swallow it next time so that he could shit it out days later.

… Do you really think that you want to go this route? You think, “Oh, he might Islamicize me. He made the boom-boom room.” Dude, I will buy the domain PissOnTheQuran.com if you keep going down this road…

Criticizing religion doesn’t bother me. Tearing up a holy book doesn’t bother me, either — blasphemy is always in the eye of the beholder. What bothers me is the utter childishness in response to an online troll — as if escalating the situation when your opponent is making a bad faith argument somehow makes yours better. It’s just a desperate plea for attention. Why try to out-troll a troll?

It’s like Donald Trump lying about stuff we just saw on television. It may be catnip for ignorant evangelicals, but you look like an idiot in the process. Instead of drawing people to your faith, you’re pushing a lot more away. 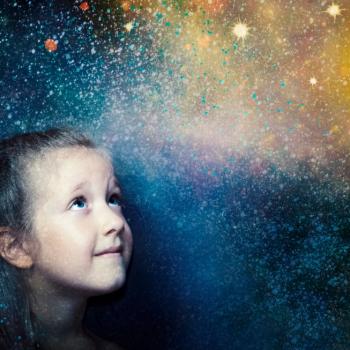 August 23, 2020 Astrology-Loving Parents Inspire a New Board-Book Genre: Star Signs for Babies
Browse Our Archives
What Are Your Thoughts?leave a comment