“Scandal or wonderment” — that’s how former West Virginia bishop Michael Bransfield describes the fallout from the misuse of his position.

While he presided over the Diocese of Wheeling-Charleston, Bransfield was living it up on the parishioners’ dime: pouring millions of dollars into personal travel and luxury purchases, spending hundreds of thousands on gifts for other priests. 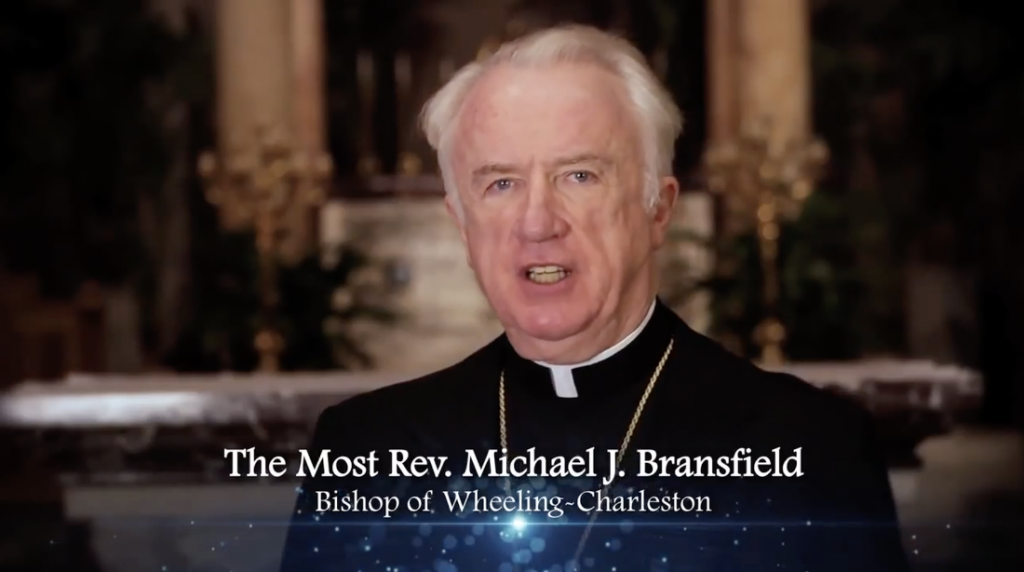 And yes, those gifts had ulterior motives attached: Some of them went to senior leaders in a bid to buy influence in the region, while others went to younger clerics Bransfield was later accused of sexually harassing.

Rather than stripping Bransfield of his priesthood, Pope Francis elected to write a strongly-worded letter of admonishment with a few weak-tea sanctions tossed in to encourage him to “make personal amends for some of the harm he has caused.”

Now, two years after his original resignation, Bransfield has taken steps towards “a kind of reconciliation” with the Catholics of Wheeling-Charleston, paying back some of the money owed and issuing a tepid apology to the faithful of his diocese.

The letter, dated August 15, amounts to scarcely half a page, and it’s worth breaking down in its shockingly lackluster entirety:

I am writing to apologize for any scandal or wonderment caused by words or actions attributed to me during my tenure as Bishop of the Wheeling-Charleston Diocese.

Note that he doesn’t actually admit to anything he’s done. Everything he’s apologizing for was “attributed” to him. He’s not even willing to validate his victims’ claims that, yes, he wronged them.

First, during my tenure I was reimbursed for certain expenditures that have been called into question as excessive, and I have been advised that I should reimburse a certain amount of money to the Diocese. I have now done so even though I believed that such reimbursements to me were proper.

We’re only three sentences in, and he’s already evaded responsibility for his misconduct twice, even after the Church’s internal investigation showed clear evidence that he used the Diocese’s money for lavish dinners out, vacations, and status-boosting gifts to bishops and cardinals. And that’s to say nothing of the liquor, the purchase and consumption of which led to drunken assaults on seminarians and altar servers.

While it’s true that he did reimburse the Diocese, he’s still a long way from paying back the “certain amount of money” the Church says he owes. The Vatican’s Congregation for Bishops created a repayment structure that sought $792,638 from the former bishop, which would be set aside to fund counseling for sexual abuse victims.

So far, Bransfield has repaid $441,000 — a hefty sum, to be sure, but nowhere near the amount he appropriated, and not enough for Bransfield to fairly say he’s reimbursed the Diocese in the amount advised. Yet his letter certainly seems to imply just that.

But what about that pesky (yet always present) matter of sexual misconduct? Bransfield has something to say about that, too:

There have been allegations that by certain words and actions I have caused certain priests and seminarians to feel sexually harassed. Although that was never my intent, if anything that I said or did caused others to feel that way, then I am profoundly sorry.

In other words, “I’m sorry you were offended.” Classic.

Bransfield’s own personal altar server filed suit against him for sexual molestation. The lawsuit calls Bransfield “a sexual predator with lustful disposition toward adolescent males,” and alleges:

Bransfield was known to defendants to drink until he was intoxicated at which point he would engage in grossly inappropriate behavior, including but not limited to making sexually suggestive gestures, hugging, kissing, inappropriately touching and fondling seminarians.

That sort of witness testimony makes Bransfield’s intent seem pretty darn clear — and worlds away from innocent. But still he implies that all the sexual harassment exists only in those young men’s feelings, not as a result of his clear and direct actions.

The disgraced ex-bishop closed off his letter with a curt dismissal that, in light of all that preceded it:

I hope that this letter will help to achieve a kind of reconciliation with the Faithful of the Diocese.

Translation: I hope this will get all of you off my back about this.

The real people who’ve been victimized by priests in the past see right through Bransfield’s kind of non-apology. A statement from the Survivors Network of those Abused by Priests (SNAP) cuts right to the heart of the matter:

A three-paragraph letter cannot absolve the man of the crimes committed, especially when that letter is written more as a defense than a true apology. A true apology from Bransfield would not contain any equivocation or whines about his intent being mis-perceived, but a simple and straightforward acceptance of his wrongdoing. That is not what parishioners in West Virginia received from Bransfield.

It’s worth noting that the non-apology and partial restitution (being reported in headline news as an apology and repayment without qualification) comes less than a week after a flurry of articles appeared in Catholic news media pointing out that Bransfield had gone incommunicado. The whole situation reeks of ineffective damage control.

The Church is lucky to be getting even partial credit on this mess. 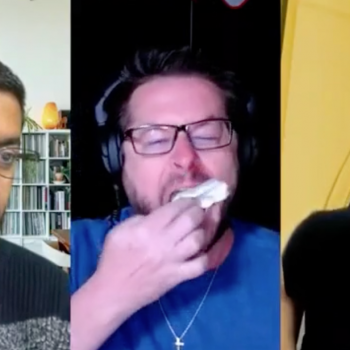 August 23, 2020 Here's a Christian Apologist Eating a Page of the Qur'an and Spitting It Out
Browse Our Archives
What Are Your Thoughts?leave a comment