Some day, our children and other people might ask, “What did atheists do during the multiple crises of 2020?”

We should have something to say for ourselves.

Food insecurity has been one of the several ongoing crises that preceded the pandemic, the nationwide outrage at racial injustice, and the Trump administration’s undermining of the upcoming election. The danger of COVID-19, the resultant crumbling economy, and massive job loss have only exacerbated the crises of hunger and homelessness in what some boast is the “richest country in the world.”

The good people at Atheists United in Los Angeles have stepped up to this need which has reached critical levels in central L.A. Last weekend, they provided large parcels of groceries for 75-80 needy families and individuals. Twenty volunteers helped to distribute over 1,000 pounds of food. 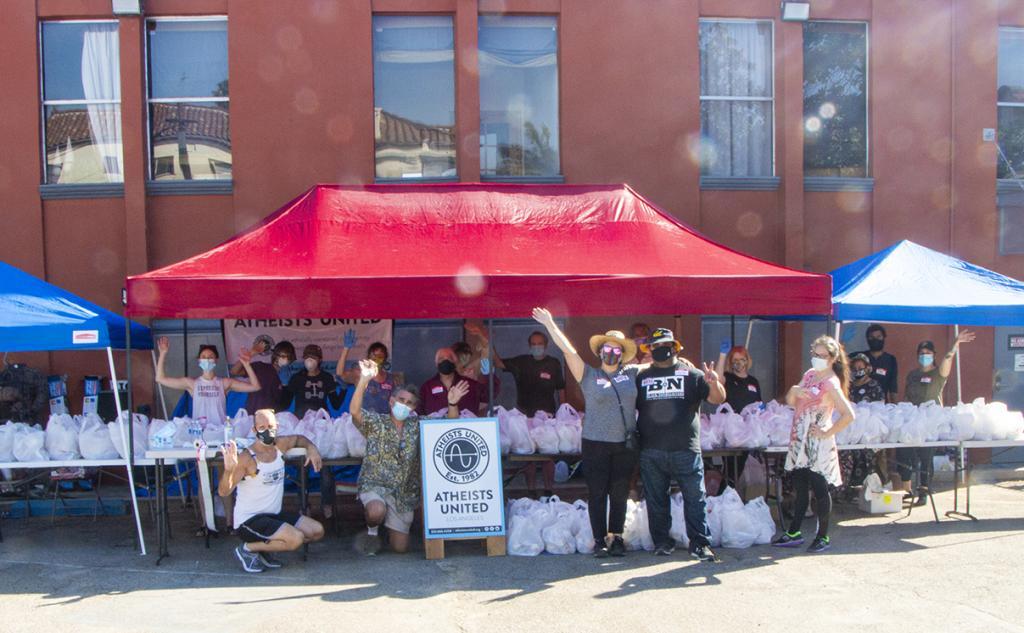 They also set up a table for voter registration and handed out materials from the Secular America Votes project run by the Secular Student Alliance. They set up a computer for the Census as well. 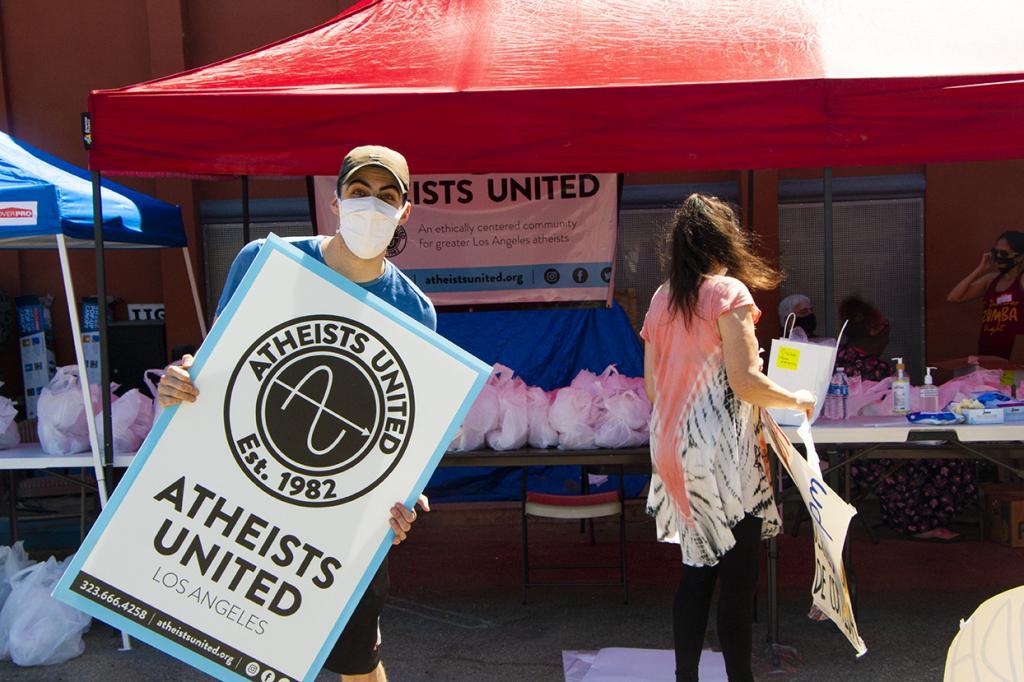 Atheist organizations around the country have done charity work like this for many years, not to promote atheism but to simply fulfill the need and to bring the atheists within the organization closer together as a more cohesive group.

“This is what atheist community building is all about,” said Evan Clark, Executive Director of Atheists United. “We know that hope alone can’t solve others’ suffering, so we come together and put our values into action.”

August 22, 2020
Ark Encounter Ticket Sales Continued to Plummet in July Due to COVID-19
Next Post

August 22, 2020 Podcast Ep. 336: Was the DNC's Faith Outreach Too Much?
Browse Our Archives
What Are Your Thoughts?leave a comment