Evangelical Group to Other Christians: Follow the Science When It Comes to COVID August 20, 2020 Hemant Mehta

Evangelical Group to Other Christians: Follow the Science When It Comes to COVID

This week, the leaders of BioLogos, a non-profit that attempts to merge science and faith, released a statement urging Christians to follow the science when it comes to COVID-19. 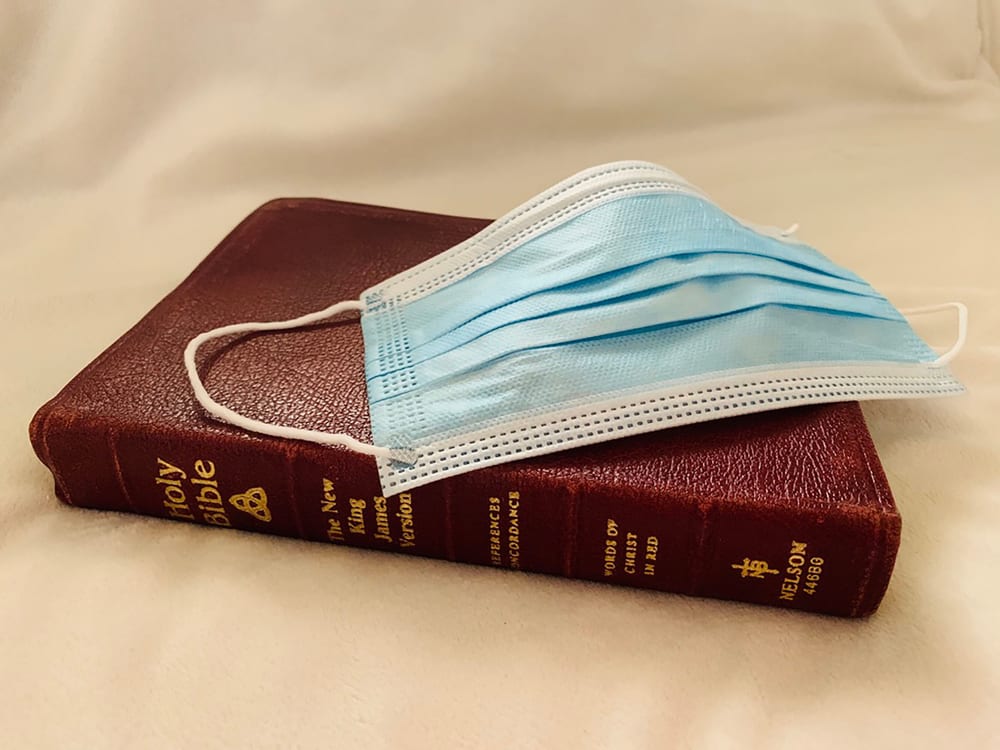 The statement urges people to pray, but it also makes useful suggestions: Wear masks, get vaccinated, correct misinformation, and work for justice (by helping communities disproportionately impacted by the virus).

We are deeply concerned about the polarization and politicization of science in the public square when so many lives are at stake. The word “science” has become a weapon in the culture wars. Scientists are vilified and their findings ignored, while conspiracy theories go viral. Sadly, Christians seem just as susceptible to these trends. Thoughtful Christians may disagree on public policy in response to the coronavirus, but none of us should ignore clear scientific evidence.

Scientists of all faiths at many universities and research institutes have been working hard to combat COVID-19, including at the National Institutes of Health and the Centers for Disease Control. Many scientists have dropped their own research programs to devote themselves full time to understanding exactly how this virus works, how it spreads, how the disease can be treated, and which vaccines would be both safe and effective. Experts have been communicating their knowledge in real time as the pandemic progresses, which has led to some confusion. In the early days, they advised the public against masks when supplies were needed for healthcare workers, but later they changed their message in response to more data. A change in expert advice is not a sign of weakness or unreliability, but of good scientific practice and honesty. On the biggest points, scientific predictions have been proven right: scientists said stay-home orders would reduce cases, and thankfully those measures worked. Scientists predicted that ending quarantine too soon would increase cases, and that has been the case.

If you ignore the Christianese and Bible verses sprinkled throughout, it’s a fine document that states what ought to be obvious: We should follow the science, not politicians or pastors, when it comes to how we deal with the pandemic. If more Christians sign that document — and 2,500 people already have — and if they all take it seriously, that would be a good thing. It’s a lot like Republican Gov. John Kasich endorsing Joe Biden for president. Kasich’s policies are terrible. I think he’s a horrible governor, especially on matters like reproductive choice. But if the endorsement helps some people make the right decision in a hugely important situation, fine, whatever, I’ll take it. I won’t celebrate it — these Christians are only now getting around to doing what the rest of us have been doing for months — but I’ll accept it. As long as we don’t have to listen to them later on.

But let’s not ignore why we even need a statement like this in the first place: It’s because white evangelicals, primarily, continue to prop up an administration that actively ignores science. They’re the ones pushing superstitions and unproven “cures” and blaming Satan for the virus. They’re the ones perpetuating bigotry by trying to blame where the virus originated for our incompetence at dealing with it. They’re the ones demanding to hold indoor church services that inevitably lead to massive COVID outbreaks.

We’re in this mess in large part because evangelical Christians routinely stand in the way of scientific progress. They’re the ones who don’t even want evolution or sex education taught in schools the way they need to be.

So maybe this statement can help fix that. It means more coming from inside the tent, so to speak.

But even a glance at the signatories suggests some people aren’t taking it seriously. For example, Rev. Samuel Rodriguez, president of the National Hispanic Christian Leadership Conference, signed the BioLogos statement… even though he thinks singing in church (without masks) should be permitted, recently supported the theory that Satan caused the pandemic, and said IN MAY that churches should reopen because the government shouldn’t be allowed to keep them closed.

You cannot permit tens of thousands to march in protest without masks and demand that 100 worshipers refrain from singing. That my friend is the very definition of discrimination. @GavinNewsom please stop discriminating! #inalienablerights

If Rodriguez suddenly supports science, that’s news to me, and I’d like to know when he’s going to apologize for spreading misinformation.

The inherent problem with this statement is that it elevates faith as a component of good judgment while also trying to tell people to trust science — and the intended audience is a group of people who (wrongly) think they know when to use which one. (The document even says: “We firmly reject claims that science has somehow shown God does not exist or faith is mere superstition.”)

You can’t get people to accept science while also telling them that the magical thinking undergirding their faith is also valid. 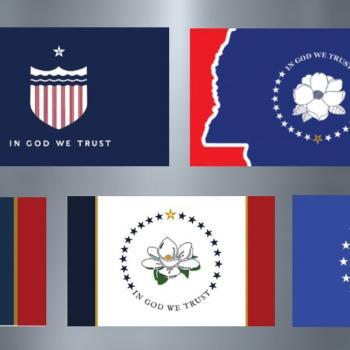 August 20, 2020
You Can Decide the Size of "In God We Trust" on Mississippi's New State Flag
Next Post