Why did Jerry Falwell, Jr. step away from Liberty University? Based on the articles we saw last week, you might think the tipping point was a yacht trip during which he posted a picture of him and a woman who wasn’t his wife, bellies showing, pants zipped down, holding a glass of what he claimed was “black water.”

That in itself didn’t have to be scandalous. But when you’re running a school that expels students for less, the hypocrisy deserves to be pointed out.

Turns out there’s even more Falwell creepiness coming to light.

Religion News Service has verified that Falwell has liked a handful of images posted on the social media platform that show young women in swimsuits in the past month.

One is a photo of model Stefanie Gurzanski, who has appeared on the covers of Cosmopolitan Mexico and Maxim Mexico, posed across the back of a couch in a black one-piece suit and leopard-print high-heeled boots.

Another is an ambassador for conservative student movement Turning Point USA who pairs photos of herself in swimsuits with political memes and patriotic or inspirational Christian captions.

Is it illegal to “like” those photos? Of course not. But, again, when you’re the president of a fundamentalist Christian school, your behavior should at least model what you expect from your students. Falwell has a longstanding habit of behaving badly. It would be a Christian scandal if his various actions were discovered despite his efforts to hide them. Just because he’s doing it out in the open doesn’t mean he shouldn’t be held accountable for it by the school’s own trustees. [Make your own Trump analogy here.]

As others have said, his temporary leave of absence may just be an easy way for him to step away from the spotlight for a bit, start working on that inevitable memoir about how he “found God” again and changed his ways, and plan out his redemption narrative. But as long as there’s a chance he’ll return to Liberty, the school’s reputation remains intertwined with his.

For a man who recently tweeted a racist picture in a pathetic attempt at a joke, it should trouble everyone at the school that the “Jerry Falwell, Jr. social media scandal from the summer of 2020” could refer to any number of things at this point. 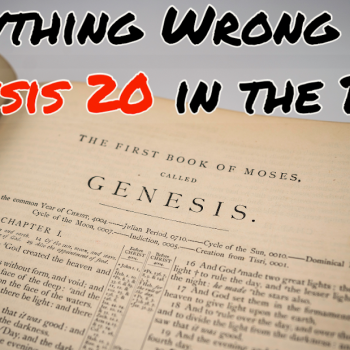 August 15, 2020
Everything Wrong With Genesis 20 in the Bible
Next Post 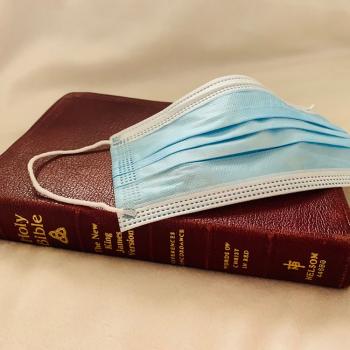