The Orange County Board of Education in California has religious invocations at school board meetings, which are arguably illegal, and they’re refusing to fix the problem. Instead, they’re making things worse.

A bit of background is useful here: For years, the Chino Valley Unified School District (near Orange County) was embroiled in a battle involving religion at meetings. You can read the entire story here, but the main points go like this: The board was promoting Christianity at meetings. The Freedom From Religion Foundation sued them in 2014 and the board lost the case in 2016. So they appealed. FFRF won again. The board asked the entire Appeals Court to rehear the case. The Appeals Court said no. Eventually, instead of spending even more money asking for the Supreme Court to take up their case, a newly elected board chose to cut their losses and just stop the proselytizing.

Victory! Except… that’s when the Orange County Board of Education voted to butt into this issue. They asked the Ninth Circuit Court of Appeals to allow them to take up the case where Chino Valley officials left off, hoping they could appeal to the (conservative-majority) Supreme Court. The Ninth Circuit said no.

The takeaway there is that even when an ultra-conservative school board lost the ability to preach at meetings, the folks in Orange County were eager to support them.

Now a new issue has arisen because of the Orange County Board of Education’s invocation policy.
Unlike city council meetings, where invocations are now legal, a school board is a different beast altogether since children are both in attendance and the subject of decisions. 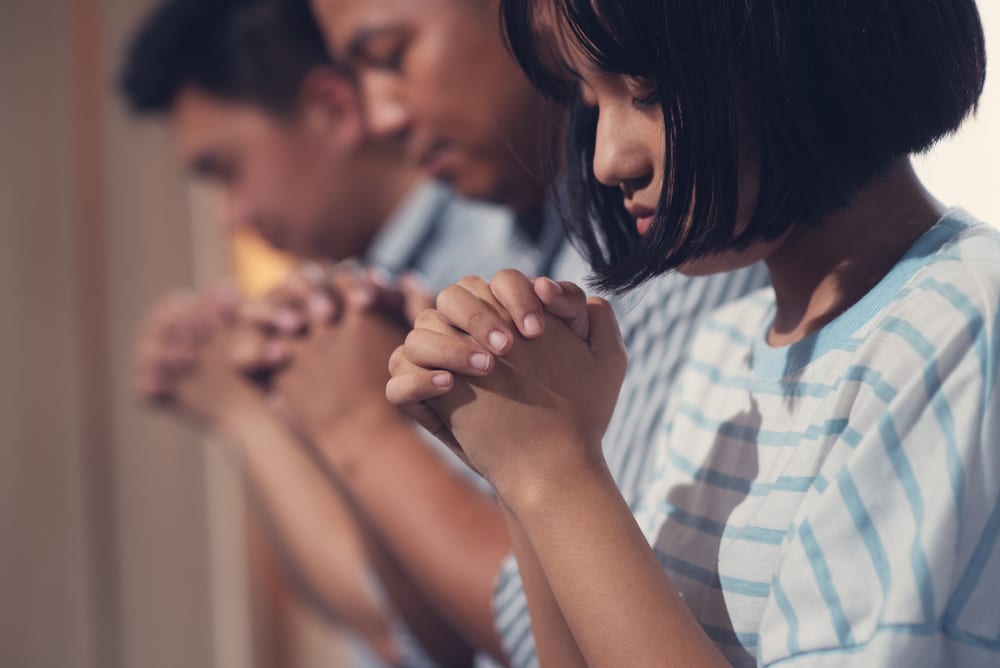 FFRF has threatened to file a lawsuit over those prayers. So last week, instead of getting rid of invocations, the board decided to just change its policy. Here’s part of the proposed language that has not yet been adopted:

The Board is mindful that some individuals either may not want to participate, or feel compelled to be present during invocations. To that end, the Board will provide the public with an opportunity to excuse themselves prior to an invocation. To every extent possible students will not be present in the Board meeting during invocations. If necessary, the Board agenda shall be configured in a manner to separate invocations from matters that may impact a student’s educational experience. (I.e. awards/performances).

In other words, rather than eliminate the prayers at meetings, they’ll just try really hard to make sure students aren’t in the room. (Which makes you wonder: What’s the point of having anything at a school board meeting when students aren’t even allowed to be a part of it? Shouldn’t that be a sign you’re doing something wrong?!)

FFRF attorney Madeline Ziegler is warning the school board that this is not an acceptable change:

… Despite the Board’s assurances of nondiscrimination, it cannot be anything but coercive and intimidating for nonreligious attendees to be required to make a public showing of their nonbelief by exiting the meeting or arriving late.

The new policy states, “To every extent possible students will not be present in the Board meeting during invocations.” Banning students entirely from the beginning of the meeting so they are not subjected to an invocation is antithetical to the purpose of a school board, which exists for the benefit of students. Students often have reason to attend school board meetings, and they should be welcome at all parts of those meetings. It is unacceptable for there to be a portion of the public session of a school board meeting that is not suitable for students to attend.

Seriously, are these school board members more interested in doing what’s best for kids or promoting faith? You can’t have both when you’re running a public school district. If they want to promote religion, they should work for churches. It’s that simple.

Beyond that, the proposed change says “Invocations shall not, proselytize, and/or advance, promote, criticize or disparage any religion or belief.” But letting someone deliver a Christian invocation is itself a promotion of Christianity. Having the invocation at all is ultimately an endorsement of religion.

The Board’s proposed policy is unworkable and does not resolve the constitutional issues with the Board’s invocation practice. We again request that the Board end the divisive practice of scheduling invocations for Board members’ benefit and instead spend its time working for the benefit of the students the Board was elected to serve.

I will never understand people who want to serve on school boards when their priorities are clearly better suited for church leadership. Why waste money on a losing legal battle over this? Like the invocations themselves, rewriting this policy is such a waste of everyone’s time.

Just get rid of the invocations and get to work. Anyone who wants to is welcome to pray on the drive over.

(Image via Shutterstock. Thanks to Al for the link)