Ex-American Atheists President: I Don’t Love the Democrats, So I May Back Trump August 12, 2020 Hemant Mehta

Ex-American Atheists President: I Don’t Love the Democrats, So I May Back Trump

For those of you who haven’t been following the path of David Silverman since The Scandals, he’s gone down the “classical liberal” rabbit hole where social justice becomes a bad thing, the rights (and even the very existence) of trans people no longer matter, and Democrats routinely face condemnation even when Republicans are qualitatively worse on just about every political and social issue.

This weekend, he’s even scheduled to appear at a conference whose speakers also include internet trolls and conspiracy theorists Milo Yiannopoulos and Jack Posobiec. When those are the kinds of people you choose to associate with… yikes.

But you might argue that he’s not actually endorsing their views. He’s just having a dialogue and challenging them. That’s what he used to do when American Atheists went to CPAC, right?

Well, this tweet from yesterday — shortly after the announcement of Kamala Harris as Joe Biden‘s running mate — should cure you of that notion. Silverman said the selection of Harris was enough to make him consider voting for four more years of Donald Trump. 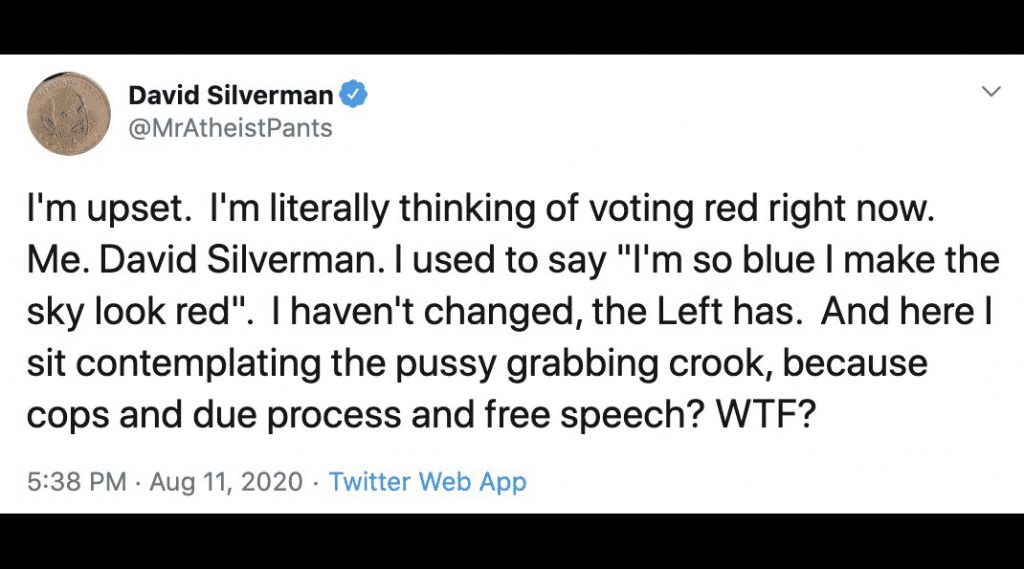 I’m upset. I’m literally thinking of voting red right now. Me. David Silverman. I used to say “I’m so blue I make the sky look red”. I haven’t changed, the Left has. And here I sit contemplating the pussy grabbing crook, because cops and due process and free speech? WTF?

There’s only one sensible reply to that: 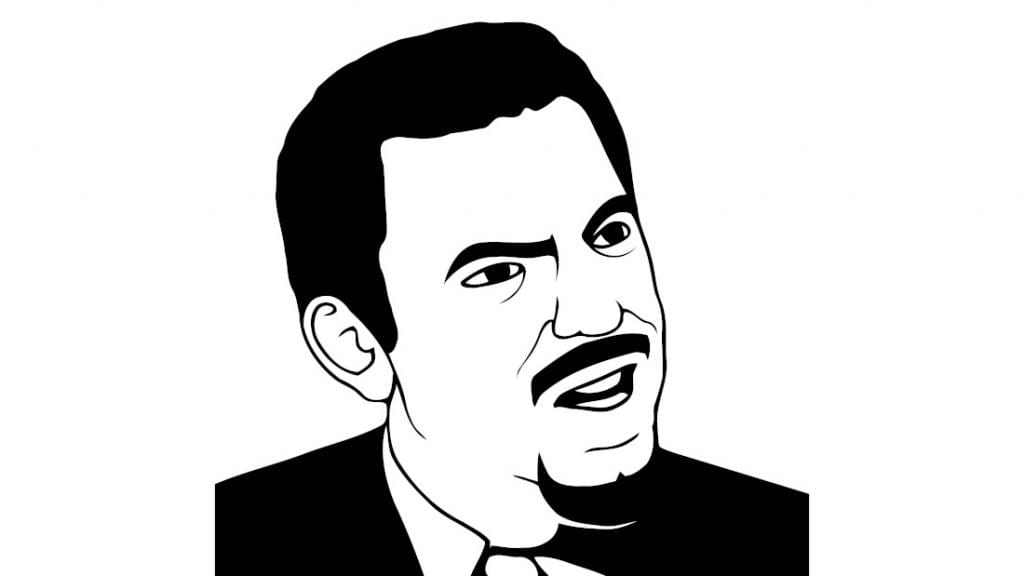 To phrase this another way, the former president of American Atheists says he’ll consider four more years of Christian Right rule because he’s not 100% in love with the Democratic ticket.

Guess what? I’m not in love with the ticket either. (I wanted Elizabeth Warren to be president, I voted for Bernie Sanders in the primary after she dropped out, and I was hoping for Warren or Stacey Abrams as Biden’s running mate.) But at least I have the good sense to recognize that the current administration has been a disaster for the country as a whole and for the specific issues that matter to me. Four more years of that would be a literal disaster in so many ways — and specially in ways that would hurt people far less fortunate than I’ve been.

How many more people have to suffer or die, or be torn apart from their families, or lose their health care coverage because some so-called liberals didn’t get everything they wanted in a candidate?

The first line of Silverman’s Twitter bio, by the way, says “Facts matter. Feelings… less so.” If facts matter, then voting for a guy who’s told more than 20,000 documented lies should be a dealbreaker. Apparently it’s not.

Biden and Harris are far too moderate for my tastes (even though both are more progressive than they used to be). That said, even with them in the White House, it would be foolish to ignore the important legislation Democrats could pass if they had control of the Senate, and the judges they could put on the federal bench, and the department heads (with experience!) they could nominate. Democrats can always go more left than they currently are as a party, but when you live in a two-party system, you can either vote for the only party with governing ability, raise hell so they’ll listen to you, and primary them if they don’t… or vote for chaos because you’re too selfish to care about anyone but yourself.

Silverman doesn’t care anymore. Which makes me wonder if he ever truly did. 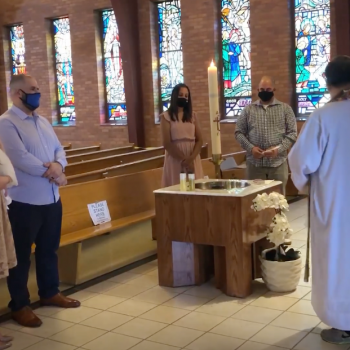