This Children’s Book Captures the Magic of How We’re All Made of Stardust August 11, 2020 Hemant Mehta

A few years ago, a single-digit-years-old Bailey Harris wrote a book (with her dad’s help) called My Name Is Stardust, about how all living things are made up of the same basic ingredients.

She has since written two additional books: Stardust Explores the Solar System and Stardust Explores Earth’s Wonders: Geology & Evolution. Bailey’s enthusiasm for science is infectious and the books are just perfect for little kids.

Today, she’s releasing a special edition of her first book, with a new cover and a foreword by Richard Dawkins who happens to be a fan of the series. If you didn’t pick up the book the first time, this is as good a time as any to check it out:

Here’s a fuller description of the book itself:

When Bailey was eight years old, she was watching the TV program Cosmos: A Spacetime Odyssey with her family. In that evening’s episode, host and narrator Neil deGrasse Tyson said, “The planets, the stars, the galaxies, we ourselves and all of life — the same star stuff.” Bailey was so excited by this idea that she immediately went to the family computer, opened a new document, and started writing what eventually became her first book, so that she could share what she had learned with children everywhere.

Bailey worked with her father over the next year to develop a story that they felt would teach children this idea, along with other areas of science such as evolution and astronomy, most effectively. After various versions of the story, and feedback from numerous parents, children — and, in the later stages, scientists — My Name is Stardust was finalized.

In addition to the writing, the illustrations by Natalie Malan are gorgeous.

Pitch in if you can. It’s a neat series and a worthwhile reboot of the first book. 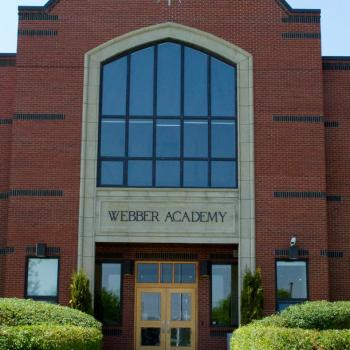 August 12, 2020 Atheist Kelda Roys Wins Democratic Primary for Wisconsin Senate Seat
Browse Our Archives
What Are Your Thoughts?leave a comment