Scamvangelist: Before Trump Was Elected, “Gospel TV is All He Ever Watched” August 11, 2020 Beth Stoneburner

Scamvangelist: Before Trump Was Elected, “Gospel TV is All He Ever Watched”

During his “Southwest Believer’s Convention” last week, Christian scamvangelist Kenneth Copeland told the audience that he wasn’t bothered by Donald Trump‘s use of vulgarities — as if that’s Trump’s biggest moral problem — because Trump was simply “too busy” to watch (and be influenced by) Christian television.

But before Trump was president, said Copeland, he would do nothing but watch televangelists.

“Until he got elected president, gospel TV is all he ever watched,” Copeland said. “He didn’t watch anything else. I like that. You say, ‘Well, he still uses foul language.’ Yeah, but he’s the president of the United States, he can talk any way he wants to talk. And the Lord showed me what happened: He got over into the place where he didn’t have time to watch gospel television, and it slipped back in his mouth. But I’d rather have a man that just stands up there and just cuss on TV than to have one to go behind your back and cuss like a sailor.”

It’s “all he ever watched”? Seriously?!

When he was scamming people with his fake university, and lying about his wealth, and having an affair with an adult film star, no doubt Jesus was right there in the background watching everything go down.

Needless to say, Copeland never extended this forgiveness or offered this excuse to Barack Obama for anything.

Mark these words: Every excuse conservatives are making for Trump’s classless, immature, and blatantly non-Christian behavior will be forgotten whenever there’s a Democrat in office again. Republicans’ crimes will be forgiven, but Democrats’ slip-ups will be blown out of proportion. That’s how it always goes. 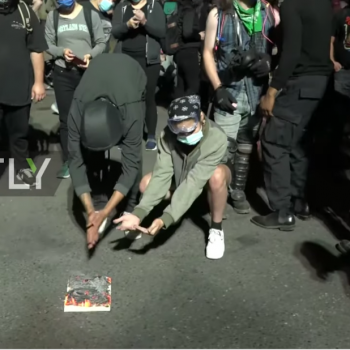