In late June, Eric Martin, a professor of religion, wrote an article for the ostensibly progressive Christian publication Sojourners about how some Catholics had embraced White Nationalism and how the Church itself hadn’t done enough to prevent that.

Here’s just one excerpt from the article, which was published in the print issue of the magazine:

… From the highest reaches of government to the lowest depths of social media, many members of hate groups and politicians who model their talking points are part of the bishops’ flock. Catholics not only contributed to the platform for the so-called alt-righters who terrorized Charlottesville and killed Heather Heyer but are leaders and even founders of the most dangerous neo-Nazi groups in existence.

The Catholic Church, once persecuted by the Ku Klux Klan, today has a visible white-power faction.

There are multiple examples in the piece justifying what Martin just wrote there. The point is that there’s a serious problem with any religion that can so easily be manipulated to promote hate. And when that happens, Church leadership needs to step in, forcefully, to say such behavior cannot and will not be tolerated.

Basically, the Church needs to treat racism with the same outrage they typically reserve for abortion and same-sex marriage. We’ve heard many stories about priests denying communion to pro-choice Catholic politicians… but good luck finding stories about priests doing the same thing to parishioners who openly promote racist policies, like Kellyanne Conway and Steve Bannon.

Obviously the piece isn’t saying all Catholics are racist. But it is highlighting the connection between Catholics and White Nationalism, and how Church leaders have failed — repeatedly — to condemn bigotry in explicit terms.

I would love to share more of the article with you, but Sojourners‘ editor-in-chief, Jim Wallis, took it down from their website, replacing it with an editor’s note. 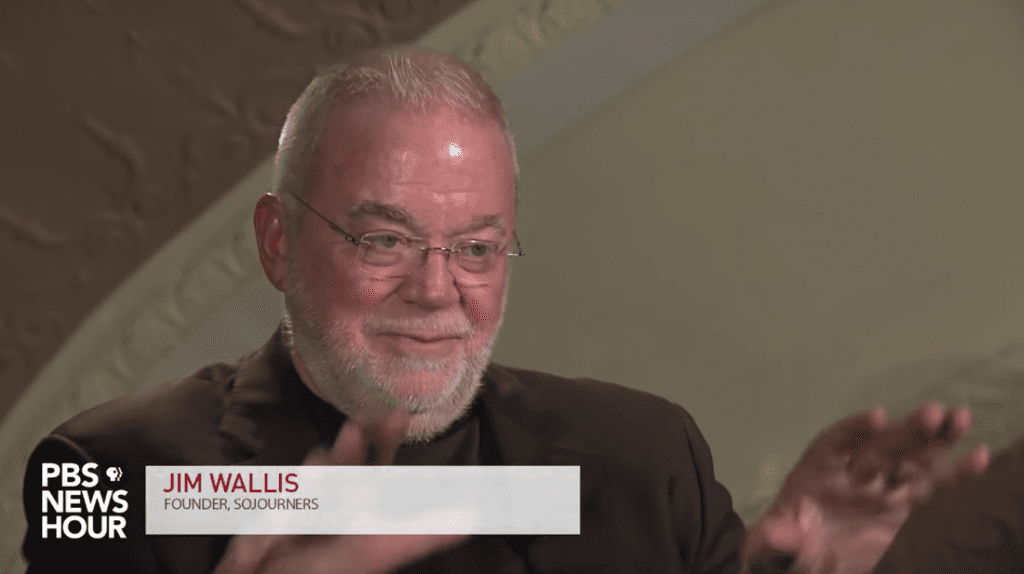 (You can read Eric Martin’s original piece here, not on their website.)

In Update #1 (July 28), Wallis said the article “was offensive and should not have been published.” That’s because it apparently “made unwarranted insinuations and allegations against many Catholics, many in leadership, including the bishops, and within the wider Catholic Church who are working toward and are committed to racial justice.”

Of course there are Church leaders working toward social justice. No one’s denying that. But when prominent Catholics are either part of the problem (like GOP Rep. Steve King) or refusing to address the problem (like U.S. bishops who refused to condemn the Confederate flag in a document about racism), the Church itself has a problem.

Update #2 (July 31) offered more details about the decision-making process. Wallis said he didn’t read the article prior to publication and said the piece “failed to meet our journalistic standards of accuracy, fairness, and balance.” Wallis gave an example of this:

The article began with a claim that a bishops pastoral letter on racism was silent on ‘three famously extreme symbols of racism’ (nooses, swastikas, and the Confederate flag). The letter in question does in fact name nooses and swastikas as a ‘tragic indicator of rising racial and ethnic animus,’ though the article says the bishops voted not to condemn them all. The Confederate flag is not named in the letter.

It’s true that the bishops’ letter cited nooses and swastikas as racist. But when they had the option to include the Confederate flag, the bishops chose not to, saying some people still saw it as a “sign of heritage.” This was a softball pitch and they whiffed. A correction to Martin’s piece would’ve been appropriate there, but his larger point wasn’t wrong.

Wallis also went on to say the piece wasn’t nice enough to the Catholic Church:

That would be worth including, and Church leaders could have pointed that out in response, but it still doesn’t negate the validity of the rest of the article. It’s like Republicans responding to countless examples of their racism by pointing to President Lincoln or legislation that condemns outright injustice… even though their actions still make the problem worse. (If they say they support civil rights, but work to disenfranchise minority voters and dismantle the healthcare system, it’s not wrong to say they’re still racist.)

Update #3 (August 10) went into even more details about what Wallis found problematic about the piece — it “raised critical points about the Catholic bishops, but that this was done in a misleading and inflammatory way” — rehashing many of the same arguments as before. Wallis also said the same Catholic critics believed the article “would jeopardize relationships of trust that have been built over a long time, and that this would harm our outreach to bishops and other church leaders who are now more ready than ever to take a bolder stand against racism.”

In other words, Catholics told him criticizing the Church’s racism would make it harder for them to be less racist… and Wallis fell for it. Is his goal to produce honest, critical-if-necessary journalism or to keep religious allies happy? The answer seems clear.

In between these updates, there was backlash at the magazine from staffers and contributors who vehemently disagreed with the decision to pull an otherwise solid article due to pushback from Catholics who didn’t like how the Church was being portrayed.

I’ve written for @Sojourners but I’ve since resolved to not write for them. There are too many restrictions on content – on LGBTQ, abortion, race – due to fear from the top about being “divisive.”

To the board of @Sojourners pic.twitter.com/1HSOX8rjuL

My time at @Sojourners was one of the best working experiences of my life. I met and came to love incredible people doing good work. It also was/is endlessly frustrating to watch that good work get sidelined in favor of managing the ego of the org's older white male president.

It’s not the first time Wallis has done stuff like this. In 2011, when an organization eager to promote LGBTQ equality within Christianity sought to purchase inoffensive ads for their cause in Sojourners, Wallis rejected them, saying the magazine’s “position is to avoid taking sides on this issue.” Those ads weren’t even about marriage equality or the ordination of gay priests. It was about acceptance and tolerance. But even then, Wallis decided the message would alienate too many people.

It’s clear that outlook hasn’t changed. Rather than fighting for decency and justice, Sojourners is caving in to critics… or at least trying really hard not to upset anyone. Which defeats the purpose of good journalism. 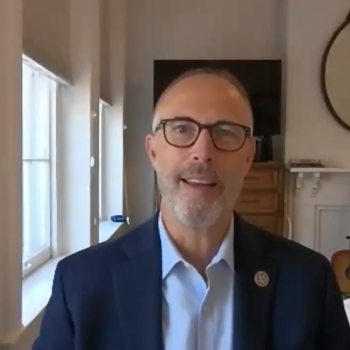 August 11, 2020
Rep. Jared Huffman: Coming Out as Openly Non-Religious Has "Been a Net Positive"
Next Post 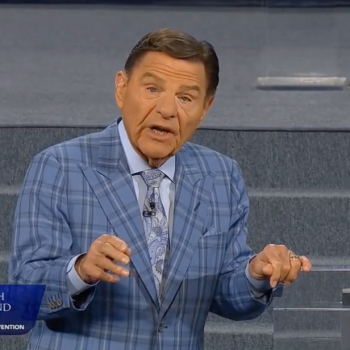