A Statue of Evangelist Billy Graham Will Soon Go Up in the U.S. Capitol August 8, 2020 Hemant Mehta

A Statue of Evangelist Billy Graham Will Soon Go Up in the U.S. Capitol

A statue of the Rev. Billy Graham is eventually coming to the U.S. Capitol, and it’s worth remembering how and why that’s happening.

Each state is allowed to request two statues in the Capitol’s National Statuary Hall. In 2018, North Carolina Gov. Roy Cooper (a Democrat, I should add) asked for a statue of former governor Charles Aycock (a White supremacist) to come down to make room for the Charlotte-born preacher. Legislators in the state actually approved the change in 2015, but the formal request for a statue couldn’t be made until Graham died.

There’s a ten-step process to replace statues, and North Carolina has been going through that checklist. Right now, the next step is for a sculptor to create a model of the statue; at some point, a congressional committee will have to approve of it.

In case you’re wondering, the $650,000 statue will be funded by the Billy Graham Evangelistic Association, not state funding. The issue here is less about church/state separation and more about why the hell anyone would want Graham representing North Carolina.

After all, he’s the guy who once told President Richard Nixon: “This stranglehold [that Jews have] has got to be broken or this country is going down the drain.”

This is the guy who thought people who disagreed with him would burn in Hell for all eternity.

This is the guy who said AIDS was God’s punishment for homosexuality.

This is the guy who urged people in the state to vote against marriage equality in 2012.

This is the guy who responded to Martin Luther King, Jr.‘s “Letter From Birmingham City Jail” by saying that civil rights leaders needed to “put the brakes on a little bit.”

This is the guy whose biggest claim to fame was perpetuating mythology that, if he truly inspired the Religious Right, has steered our country into a ditch.

It’s one thing for Christians to act like he was a great man. But people willing to look at his full résumé, his blemishes, and (dear lord) his children should be embarrassed by what he’s come to represent.

If this statue goes up, Graham wouldn’t be the only religious statue in the building. (Utah has Mormon leader Brigham Young. Hawaii has Catholic priest Father Damien.) But it would go up next to the statue of former North Carolina governor Zebulon Baird Vance, a slaveowner who served in the Confederate army.

In other words, a man whose represents bigotry and oppression… would have his statue next to a literal slaveowner. 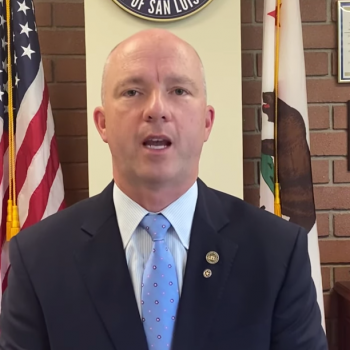 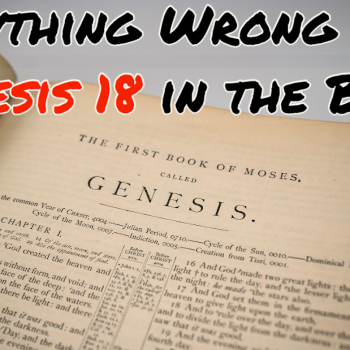