Several years ago, The Satanic Temple argued in court that one of their members in Missouri didn’t need to abide by the state’s 72-hour waiting period for abortions because it violated her belief that “one’s body is inviolable, subject to one’s own will alone.” (That lawsuit was ultimately unsuccessful in part because she was no longer pregnant when the judge issued a ruling.)

They tried a similar tactic in 2019, this time with an anonymous plaintiff whose own pregnancy timeline wouldn’t be an issue, but that didn’t work either. The courts said that whatever obstacles there were to obtaining an abortion in Missouri, women could still theoretically get them and this plaintiff wasn’t singled out because she was a Satanist. So a lawsuit based on religious discrimination was a no-go.

That’s why, today, The Satanic Temple is laying the groundwork for future battles over abortion. They’re announcing that all first trimester abortions must be “exempt from state regulations that hinder access” to the procedure because such hurdles violate two of their Seven Fundamental Tenets regarding bodily autonomy and adherence to best scientific practices.

(I give them bonus points for this part:)

How does that work? The Satanists say the Religious Freedom Restoration Act (RFRA) prohibits the government from interfering with someone’s religious practices (unless there’s a really good reason for it). Most states have their own versions of this law as well. By saying abortions in the first trimester are a religious ritual for their members, any states that have their own RFRA laws — and most anti-abortion states have them — would theoretically have to show why their (medically unnecessary) restrictions should override the Satanists’ religious freedom.

TST’s reproductive rights spokesperson, Jane Essex, notes, “Many states have laws that interfere with our members’ ability to practice their religious beliefs. No Christian would accept a mandatory waiting period before they can partake in Communion. No Christian would tolerate a law that insists state counseling is necessary before someone can be baptized. Our members are justly entitled to religious liberty in order to practice our rituals as well.”

Today’s announcement isn’t just a press release, either. The Satanic Temple is fully laying out what its abortion rituals look like. Here, for example, is what members would have to do before surgical abortions:

Prior to receiving any anesthetic or sedation, look at your reflection to be reminded of your personhood and your responsibility to yourself. Focus on your intent. Take deep breaths, and make yourself comfortable. When you are ready, say the Third Tenet and Fifth Tenet aloud. You may now undergo the surgery. After the surgery is completed and any anesthetic has worn off, return to your reflection and recite your personal affirmation. Feel doubts dissipating and your confidence growing as you have just undertaken a decision that affirms your autonomy and free will. The religious abortion ritual is now complete.

The Satanists also offer members a template letter they can give officials if they want to take advantage of the religious exemption. This part is just… *chef’s kiss*:

Based on the foregoing, I demand a religious exemption to these generally- applicable restrictions.

I asked Caroline Mala Corbin, a Professor of Law at the University of Miami who has written extensively on church/state separation, what she thought about this strategy. She told me it should work in theory since RFRA laws are meant to protect all religions and not just the popular ones. But she added that there may be two problems.

1) A patient would have to establish that the abortion ritual is a sincere religious practice and a court may reject that claim.

After all, the member of the Satanic Temple is arguing that an abortion is akin to a sacrament. A hostile court may also conclude that beliefs about autonomy and science, while sincere, are secular rather than religious. Though it would be wading into murky territory by declaring that sincere beliefs are not religious, as courts are generally wary of drawing a line between religious beliefs and nonreligious beliefs.

2) A patient would have to show that the abortion restrictions substantially burden her religious practice.

While after Hobby Lobby courts are supposed to be deferential to religious objectors claims of substantial burden, I can imagine that courts may argue otherwise: e.g. waiting a day or two does not prevent the abortion.

At the same time, if a court is willing to accept an abortion as a religious ritual akin to communion, then requiring people to wait several days before they are allowed to receive it should amount to a substantial burden. Of course, the Satanic Temple was careful to make clear that the abortion ritual was more than the abortion itself, strengthening its claim that the state’s regulations interfered with the whole ritual.

So what happens now? We wait for a challenge. If a Satanist seeks an abortion and is prevented from doing so in any meaningful way, The Satanic Temple could file a lawsuit saying the state is violating their member’s religious freedom.

Then we wait for the fireworks. 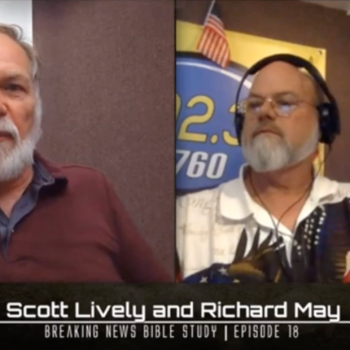 August 5, 2020
Scott Lively: Christians Should Flee Big Cities Before Liberals Burn Them Down
Next Post 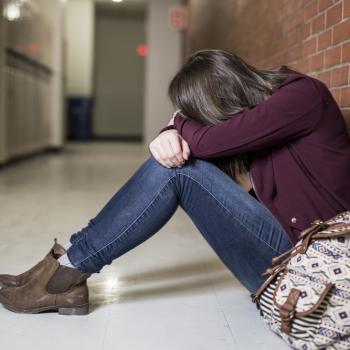 August 5, 2020 Ontario Christian University's Discriminatory Sex Policy Harms LGBTQ Students
"Gordon, I have never believed in your god, or in your devil, or in that ..."
Astreja In Emotional Video, Theologian Paul Maxwell ..."
"In that way, evangelicals are a lot like the NRA - all they ever had ..."
Makoto Note to Candidates: Secular Democrats Outnumber ..."
"No. He's Green Lantern. Morgan Freeman is God. Weren't you paying attention the other day?"
cdbunch Richard Dawkins is Still Denying the ..."
"Yeah, seriously - what the fuck?!? Baby-Jeezus-lovin’, Every-Day-is-Christmas, Borned-Again-and-Again, Every-Fetus-is Sacred, Covid-Spreadin’, Second-Amendment-Defendin’ Gun-Gobblers can’t ..."
She of Penultimate Pulchritude MyPillow Guy: My New Free Speech ..."
Browse Our Archives
What Are Your Thoughts?leave a comment