Jerry Falwell, Jr. Posted This Bizarre Picture on Instagram… Then Deleted It

Does anyone know what’s going on with Jerry Falwell, Jr.?

Normally, the private activities of a man on his private yacht would be no concern of ours. But they become relevant when that man is the head of Liberty University, a school that would expels students if they were caught acting like him.

Falwell allegedly posted, then soon deleted a rather suggestive picture on his personal Instagram page.

Who is the lady? A friend, apparently.

What are they doing? Trailer Park Boys cosplay?

It gets stranger when you realize people can’t make any sense of any of this.

Can someone confirm if that Falwell photo is real or not? I’m losing my mind.

Here’s a more telling reaction: Falkirk Center fellow Malachi O’Brien initially insisted the image was fake… before having to correct himself and say it was real, but just taken out of context.

I deleted after I got more context on the photo. It was Jerry, so I was wrong.

It was a photo taken out of context of the other photos w/ it. Did you know that?

What it was was being used to imply is ungodly & seems to have been posted out of context for that reason. https://t.co/PRPNNuP6Ze

This is hardly the first time Falwell has been linked to questionable behaviors:

There have been reports that President Donald Trump’s one-time fixer-turned-adversary Michael Cohen once briefly attempted to help the Falwells deal with a leak of sexually revealing photos, and photographs of Falwell at a nightclub have surfaced. Falwell has said the images were photoshopped.

They were not photoshopped.

And how many times do we have to see Falwell in context before the excuse of the pictures being “taken out of context” loses all meaning?

Again, in another case, with another person, it would be easy to say his private life shouldn’t concern us. But when Falwell’s entire “brand” is promoting conservative Christianity, and when students at Liberty are prohibited from consuming alcohol (and were once punished for being at parties where alcohol was present), and when he posts weirdly sexual (?) images with a woman who’s not his wife, it seems at least worth noting his actions.

It’s hard to imagine Falwell accidentally posting any of this stuff. It’s possible he posted it knowing he would get a reaction even if it was up temporarily. Why? Who knows.

Here’s another possibility: In the near future, if you Google something like “Falwell” and “picture,” it’s possible this photo will come up instead of pictures of Falwell’s recent racist tweet. (British Prime Minister Boris Johnson allegedly did something similar.)

In any case, it’s hard to take his claims of moral superiority to the so-called “Godless Left” seriously when he’s behaving like a frat boy gone wild. With all the negative press he’s had lately, you’d think that Falwell would try to steer clear of controversy. But better judgment seems to go against everything he represents.

August 3, 2020
MAGA Cultist Pastor: If God Makes Me Go Viral, I "Might As Well Just Walk In It"
Next Post 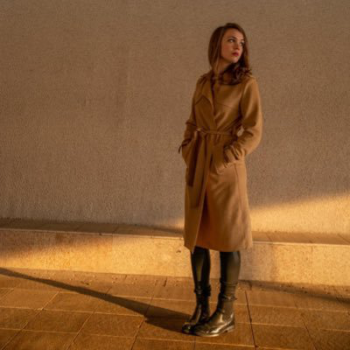