Over the past few months, whenever Jerry Falwell, Jr. and Liberty University haven’t been busy suing reporters for doing their jobs, they’ve been tearing apart their athletic department. But not on purpose.

One of the best ways to advertise a school and create an exciting atmosphere for potential students is through athletics. A successful football program — alas, not so much quality teaching or research opportunities — will do wonders for donations and recruiting.

It’s no wonder, then, that Liberty has spent more than $150 million on sports facilities since 2016. Their Division I football team won a bowl game last year, and their basketball team won a March Madness game as well. They’ve been recruiting athletes who may, in the past, have been considered too good for a school like theirs. 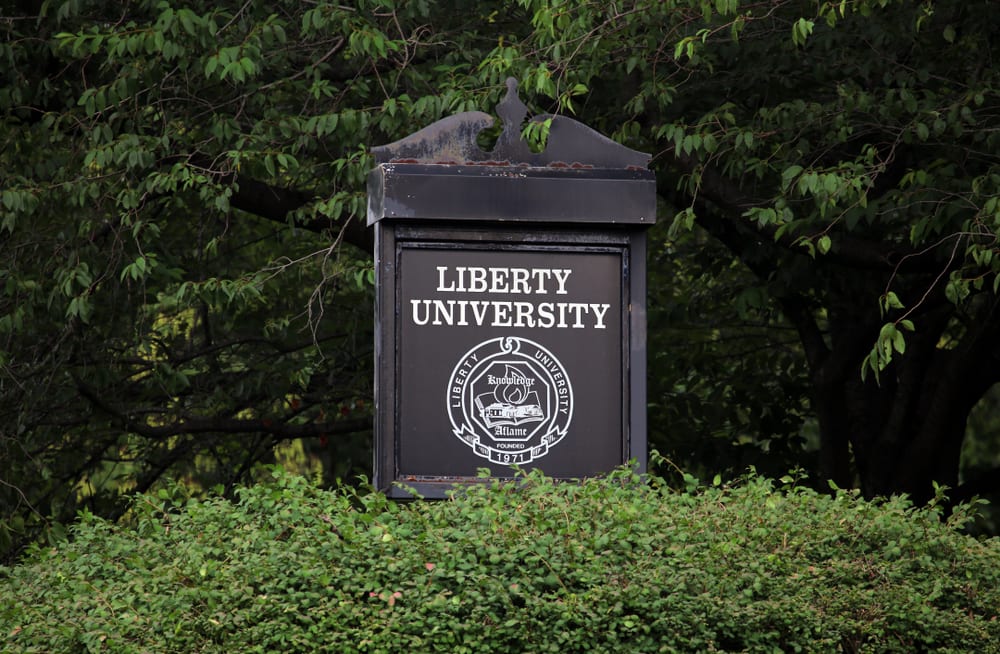 But all of that collapsed in recent months as players (and professors) began leaving the school in response to Falwell’s overt racism as well as the racist culture on campus.

In a piece for Slate, Joel Anderson writes about how some of the school’s most prized recruits have left the school due in large part to the bigotry they experienced there.

One Thursday morning, class was partway through when the instructor told one of [football player Tayvion “Tank”] Land’s teammates that he needed a tutor. Sensing some reticence, Land said, the instructor followed up with an attempt at a joke. “Don’t be scared,” he allegedly told the player. “I’m not going to pull out my whip and hit you with it.”

Imagine that scenario — or even that awkward joke, if you want to downplay it — happening over and over. No wonder these students wanted to get out.

One question often comes up whenever we hear stories like these: Why did these athletes go to Liberty in the first place?

It’s because Liberty was recruiting them (and giving them a scholarship) when other schools were not.

It’s because their top choices eventually passed on them and they had to settle.

Several of the students in the piece mention how they just didn’t know much about the school’s culture and place in right-wing politics… but when they visited campus and saw the facilities, they were sold. Many of them even said they had no problem with the teams or coaches; it was the rest of the school that became a problem.

For basketball star Asia Todd, one key moment was having to listen to conservative commentator Candace Owens repeat right-wing theories about Black people.

Todd and her friends — most of them Black—looked around the arena that morning, taking in the scene of the overwhelmingly white audience applauding and nodding along with Owens.

“I can say that my parents did warn me about some of their ideology and that it didn’t align with things that they raised me and stuff they stood for,” Todd said. “I definitely should’ve listened. I feel like if I did know more about [Falwell] and what he stands for, I don’t know if I would’ve gone there.”

Good for them for making the transfer. It’s hard to leave a program and join a new one — even when you’re not thinking about eligibility rules. But given the pandemic, with everything sports-related in chaos anyway. this may be the year to do it.

If the top athletes at Liberty are warning students to stay the hell away, and leading by example, it would arguably do more damage to Liberty’s reputation than Falwell ever could.

That’s a sad reflection of our culture, but if it works, more power to them.

August 2, 2020
Please Support the Work I Do Through This Site
Next Post

August 3, 2020 Lake Wales (FL) Officials Can't Handle an Atheist Invocation on the Agenda
Browse Our Archives
What Are Your Thoughts?leave a comment