Every public school in the country is grappling with the question of how to handle the new school year. Where I live, it’ll be all online at least through the end of September, by which point administrators will reassess the situation to see if it’s safe for students to return in person, in some capacity.

But at Pope John XXIII Regional High School in Sparta, New Jersey, they don’t seem to give a damn about any of that. They plan on welcoming all students back, five days a week. They’re taking precautions, sure, but they’re definitely guilt-tripping parents who have doubts about sending their kids into a situation where they’re surrounded by a bunch of people in close proximity all day. 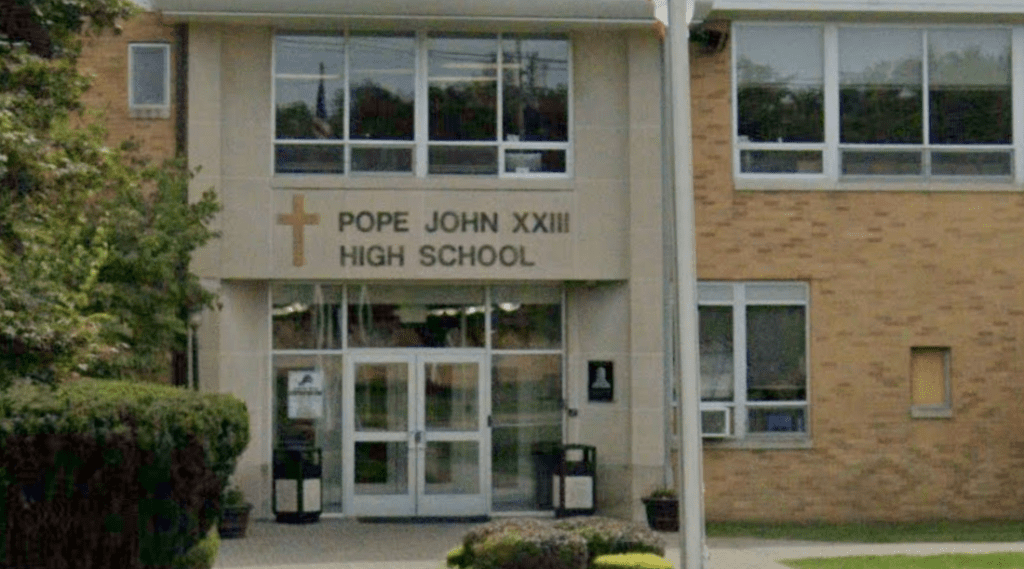 On Friday, the school sent a letter to parents… which was passed along to me via email. I’ve highlighted the most disturbing parts of it.

… Do you agree that it is time to get those cherubs back where they belong — in the classrooms of their respective schools?

Again, so much noise, really a cacophony of sounds all over the country concerning the reopening of schools. Sadly, it is not about the kids. Is it educators looking for excuses not to return to the classroom? It is no secret that a vast majority of schools didn’t get the virtual learning done in March, April, May, and June and what guarantee is there that they will be ready September 1st? Especially when we hear “not enough time to get ready”.

… Perhaps to keep the cost down we can ask parents volunteers [to help sanitize the facilities], but these days we can barely get enough parent volunteers to take tickets at sporting events.

The Chatter — There is plenty of it and there will be plenty of it prior to schools reopening in September. Do not be influenced by all of the noise being made by people who do not want to return to school. We are not, we repeat, we are not under-estimating what the pandemic has done and we will continue to be vigilant until we get a vaccine. On the other hand, however, how long do we want to cocoon, and how long do we want to remain in the basement? Maybe we should go to Sleepy Hollow and be like Rip Van Winkle and not come back for 20 years.

Our children are precious and they cannot be used as pawns. I just wish that the people who do not want to return to school would put as much effort into reopening our schools as they are putting into not returning to schools.

Jesus Christ, the nerve of these people…

I know a lot of teachers. They are all eager to go back to school, spend time with their colleagues, and see their students again. But they want to do it safely. The kids may not suffer from COVID, but they will spread it like crazy, and that will impact their parents, the teachers, and all the other adults they come across.

Rev. Msgr. Kieran McHugh, the leader of this school, seems oblivious to the reasons many public schools aren’t just throwing open their doors. It’s not a lack of preparation; it’s an understanding that no amount of preparation right now can prevent the virus from spreading.

This isn’t about wanting to cocoon or stay inside. (Who wants to continue with the self-quarantine?!) The virus doesn’t disappear just because you’re tired of it.

The idea that parents who are reluctant about sending their kids to school — or teachers who don’t want to put themselves in harm’s way by teaching all those virus vectors — aren’t selfish or lazy. They’re responsible. Which is more than we can say about the administrators at this Catholic school.

An Indiana school just reopened on Thursday and a student already tested positive, throwing everything into chaos.

There’s nothing in the Catholic school’s letter about testing students, or what they plan to do if a student has the virus. All they do is ask parents to be “honest” about kids who are sick… which means nothing for kids who are asymptomatic.

This is a serious problem waiting to happen. I wouldn’t dare send my kids to a Catholic school, period, but I can’t understand how parents could send their kids to this Catholic school at all. They seem far more interested in keeping the doors open than making sure it’s safe to do so. 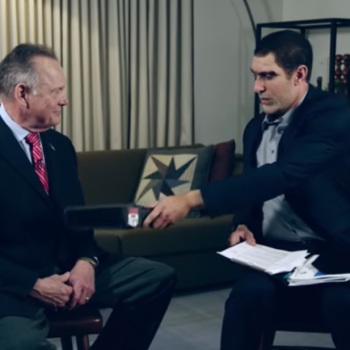 August 2, 2020
Judge Roy Moore Sued Sacha Baron Cohen for Defamation; It's About to Backfire
Next Post