Last summer, Naasón Joaquín García, the leader of a million-member church called La Luz Del Mundo, was arrested and charged with a series of crimes including child rape and human trafficking.

He was denied bail. There appeared to be video evidence of his crimes. García pleaded not guilty to everything.

But in April, a California appeals court dismissed all charges against him.

The dismissal was due to a technicality. The justices said his preliminary hearing was not held in time. Therefore, everything in the complaint had to be dismissed. (Part of the reason the hearing kept getting pushed back is because the prosecutors didn’t turn over evidence to García’s defense team.)

But now California’s Attorney General has filed new charges against García. A whole bunch of them.

The new complaint includes 36 felony charges for alleged crimes that occurred between June 2015 and April 2018.

Prosecutors alleged that García, who is known among his congregants as an “apostle of Jesus Christ,” committed sex crimes against five women and girls, according to KTLA5.

His congregation stood by him during the last trial, refusing to accept he might be a predator. While they may believe the same things now, you have to wonder what it would take — how many victims’ stories they have to hear — until they flip on him. 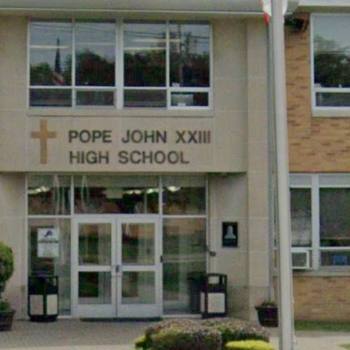 August 2, 2020
Catholic School Guilt-Trips COVID-Concerned Parents Into Sending Their Kids Back
Next Post