Last week, Alabama State Rep. Will Dismukes, a Republican who was also pastor of Pleasant Hill Baptist Church, made a Facebook post highlighting an invocation he gave at a birthday celebration for Nathan Bedford Forrest. 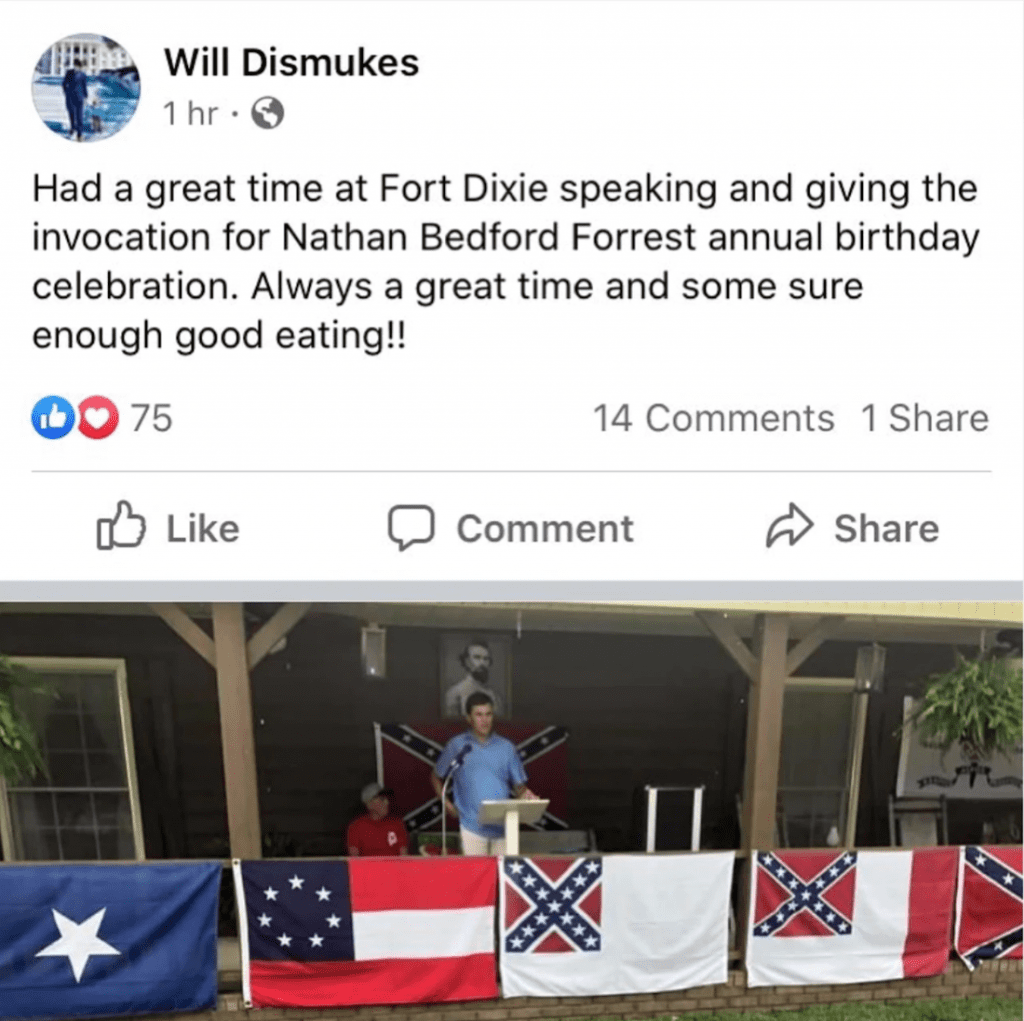 See the flags? That’s because Forrest was a Confederate general. Oh, and by the way, he was also the first Grand Wizard of the Ku Klux Klan.

That’s the guy Dismukes thought was worthy of honoring… while decent people across the country were celebrating the life and legacy of the late Rep. John Lewis.

Dismukes said earlier this week that calls for his resignation were due to “anti-southern sentiment,” people getting easily offended, “cancel culture,” and the fact that he “wasn’t even thinking about that [KKK] connection.” Those excuses say more about the way “cancel culture” has become an excuse for people refusing to accept accountability for anything they do — and how racists often defend their racism by saying they weren’t thinking about racism because they’re too racist to realize they’re racist. 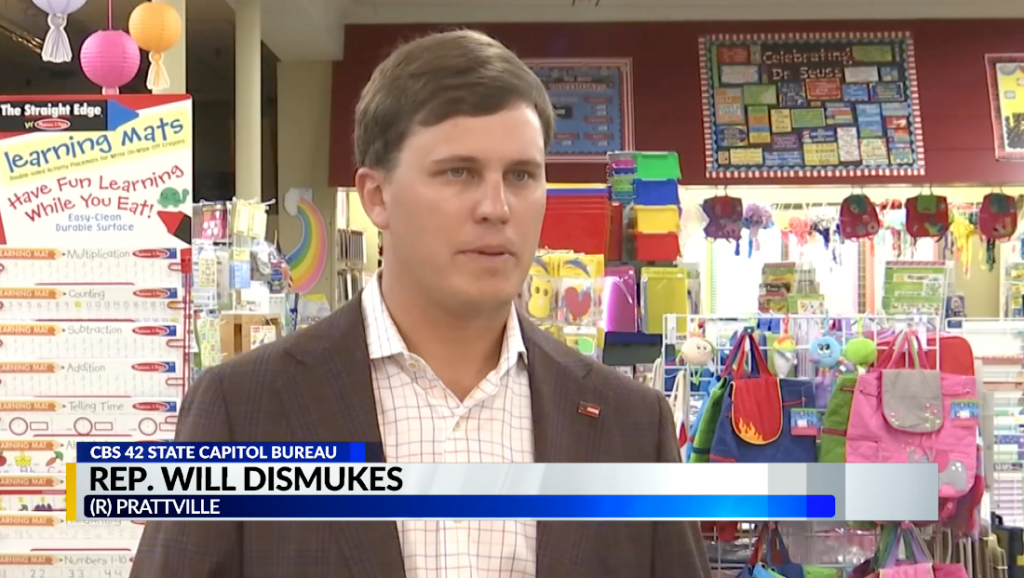 Since then, however, Dismukes has resigned from his church under pressure from its deacons. But he hasn’t resigned from the state legislature.

Because if we got rid of all the racists in the Republican Party… well, you can finish that thought.

It’s telling, though, that a Baptist church opposes racism more vociferously than the GOP. No amount of Susan Collins-type concern changes the fact that Dismukes is still a sitting Republican legislator. His ignorance and racism taints the entire party no matter how many colleagues of his say they’re disappointed in him.

He’s more than welcome to attend KKK parties on his own time. It’s disgraceful that he chose to do it as a lawmaker without any consequences from his party.

Good god, imagine how racist you must be to be considered an embarrassment for Alabama Republicans.

July 31, 2020
James Dobson Is Once Again Fear-Mongering About a Possible Democratic President
Next Post