For weeks now, Christian Hate-Pastor Greg Locke, who runs Global Vision Bible Church in Mt. Juliet, Tennessee, has been on a rampage against face masks and social distancing. In his mind, COVID is a hoax and taking steps to prevent the spread of the virus, and keeping churches closed because of the inherent danger with in-person gatherings, is literally caving in to Communism. At his church, he proudly declares, they follow no safety protocols whatsoever.

He recently made a video denouncing masks — “They are scientifically proven to do Jack Sprat!” — that goes from insane to guy-screaming-about-Dunkin’-Donuts-while-making-Nazi-references insane.

Here. Watch. Especially if you’re outside the U.S. only so you understand what some of our deranged Christians are doing because they refuse to listen to epidemiologists. People like him are why the U.S. is unable to control the spread of COVID.

Let me give you the highlights in case you can’t bear to watch:

Again, this is all about his two cups of sugar with a couple drips of coffee inside.

Somehow, this is all supposed to get us excited about Jesus.

This man needs anger management therapy. Or, like, waaaaaay less sugar in those coffees. We usually don’t see this much outrage from conservative Christians when it comes to coffee until later in the year whenever Starbucks releases a new holiday cup. 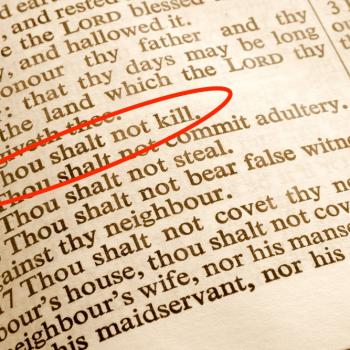