The Bible — a book originally compiled by the Catholic Church and around which the Church bases its entire outlook — contains a hundred verses about helping the homeless. 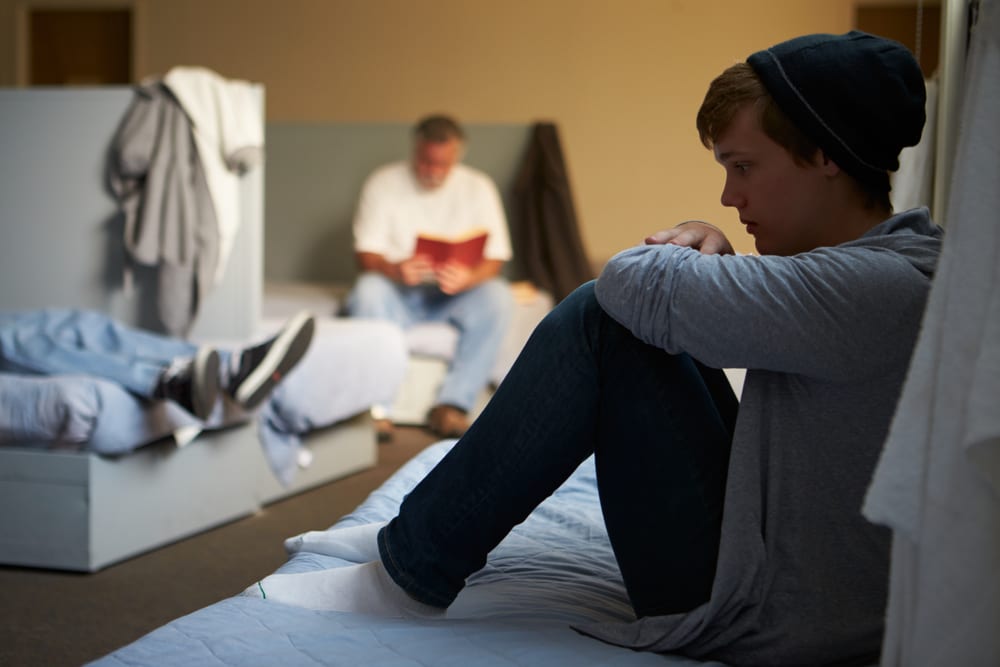 For the Archdiocese of Los Angeles, acting on behalf of the parishioners of St. Mark Catholic Church in Venice, helping the homeless have homes is apparently a bridge too far.

The Archdiocese recently filed an appeal against Lincoln Apartments, a housing project previously approved by the L.A. Planning Commission to develop a 40-unit apartment building to provide housing for homeless people across the age spectrum.

The space is currently occupied by a drop-in center for young people, Safe Place for Youth (SPY). That drop-in center would remain active on the proposed building’s ground floor, providing an access point for services and a safe shelter for teens and twenty-somethings not living on the premises. St. Mark parishioners have had a working volunteer relationship with SPY for years, but that appears to have soured somewhat at the prospect of relating to the homeless as neighbors instead of charity cases.

Not everyone standing in opposition to the project is part of the St. Mark community — NIMBYism knows no creed — but parish priest Father Albert van der Woerd and St. Mark School’s Principal Teresa Harrington have actively worked to encourage resistance among parishioners. In early May they sent a joint e-mail to parents in the neighborhood, listing arguments against the project and encouraging parents to write letters of protest.

The developer behind the Lincoln Apartments project, Venice Community Housing (VCH), has responded to the e-mail. VCH director Becky Dennison told local news outlet The Argonaut that the e-mail was rife with misinformation, painting the at-risk population as far more dangerous than the facts indicate.

The primary objection to the project centers around the safety of neighborhood children attending nearby schools, with several parents citing a pre-COVID school lockdown as evidence that the homeless present a clear danger to children. But SPY founder and executive director Alison Hurst contends that it’s unfair to generalize based on that single incident:

Nevertheless, VCH has tried to work with the community’s concerns. These include criminal background checks to exclude anyone who has a history of crimes against children, additional maintenance to keep sidewalks clean, and a neighborhood hotline to report problems and concerns (a system that seems to invite abuse from exactly the sort of person who would object to the presence of at-risk youth in the neighborhood).

It’s still not good enough for the naysayers, reports the Los Angeles Times:

They want 24-hour guards, even though it’s an apartment building, not a prison, and a sober-living requirement. That’s going too far. For one thing, no one residing in the neighborhood’s private homes is required to be sober. For another, that runs counter to the widely-accepted “housing first” model, which sees permanent housing as a necessary prerequisite to successfully treating homeless people’s substance abuse or mental illness issues. Besides, any project for homeless people being funded by the city’s Proposition HHH money — which this project would receive — must adhere to housing first policies.

Dennison adds that excluding people based on mental illness, an issue raised in Harrington and van der Woerd’s letter, would also violate fair housing laws. It also lacks compassion on the most basic level, she pointed out — “people with disabilities obviously have a right to live in neighborhoods.”

This is not a necessary conflict between the religious and irreligious. The official party line from the U.S. Conference of Catholic Bishops states that “decent housing is a human right” and that sheltering the homeless in homes of their own is “a pastoral imperative for the Church.”

St. Mark and the Archdiocese of Los Angeles has injected religion into the conflict by using their religion’s clout to attack the project, all the while ignoring anything their religion actually teaches about compassion or grace.

Their sorry excuse for leadership resulted in a near-unanimous vote against the project by the Venice Neighborhood Council’s Land Use Planning Commission and by the council as a whole.

Fortunately, the VNC is only an advisory board. The project went before the City of Los Angeles Planning Commission at the end of May, where it received unanimous approval. It turns out “not in my backyard” is a poor excuse for denying housing to the homeless. They have to live in somebody’s backyard.

Perhaps the disappointed people of St. Mark Catholic Church can find comfort by reflecting on Scripture:

Whoever closes his ear to the cry of the poor will himself call out and not be answered.