Atheist Group: The IRS Must Investigate Megachurch That Endorsed Trump and Pence

One month ago, Vice President Mike Pence visited First Baptist, the Dallas megachurch of Pastor Robert Jeffress, for an event called “Celebrate Freedom Sunday.” If you heard anything about it in the news, it may have been because we learned after the event that several members of the church’s choir and orchestra had tested positive for COVID before Pence gave his speech. (They weren’t at the Sunday event, but who knows how many people caught the virus from them?)

But one of the more problematic aspects of the event was the introduction given by Jeffress. While he has routinely promoted Donald Trump during appearances on FOX News, speaking for himself, he’s not allowed to endorse candidates from the pulpit thanks to the Johnson Amendment which Trump has repeatedly tried and failed to repeal. If a pastor tells his congregation how to vote, the church should lose its tax-exempt status.

And yet that’s precisely what Jeffress did with Pence in the audience:

In a country that followed its own rules, the IRS would revoke the megachurch’s tax exemption for that blatant endorsement. Jeffress did what Planned Parenthood and the ACLU and other non-profits are forbidden from doing by not-so-subtly telling his congregation how they ought to vote. He even knew he was doing something wrong! Just look at how he opened that part of his introduction: “I know I probably shouldn’t say this.”

Now the Freedom From Religion Foundation is demanding the IRS at least investigate this matter. In a letter to the agency, FFRF says Jeffress broke the rules and his church should pay a penalty for it.

Such a blatant political endorsement during a church function, clearly signaling from the pulpit who a pastor wants to win not only in the 2020 but also in the 2024 election, is in violation of IRS rules, FFRF points out.

“IRS regulations specify that 501(c)(3) organizations, which include churches and other religious organizations, are prohibited from ‘[participating in or intervening in]… any political campaign on behalf of (or in opposition to) any candidate for public office,’” FFRF Staff Attorney Madeline Ziegler writes to IRS official Mary Epps.

Jeffress has inappropriately used his position as pastor of First Baptist Church to intervene in an election, by making it very clear to his congregants who he is endorsing in the 2020 presidential election, FFRF emphasizes. That’s why FFRF is respectfully requesting that the IRS commence an immediate investigation of First Baptist Church Dallas and take appropriate action to remedy this violation of 501(c)(3) nonprofit regulations. Despite the fact that Pence categorically stated during his church appearance that Trump has “ended enforcement of the Johnson Amendment,” that IRS rule correctly prohibits any (c)(3) nonprofit from misusing its tax-exempt resources for political purposes.

“Robert Jeffress has unashamedly engaged in prohibited electioneering,” says FFRF Co-President Annie Laurie Gaylor. “The IRS needs to scrutinize the tax-exempt privileges that have been accorded to his church.”

FFRF notes they’ve also sent letters to the IRS about other churches making political endorsements, including a Florida church that played host to a Joe Biden campaign event.

This shouldn’t be complicated. The IRS is woefully understaffed, but if they don’t want people breaking the law, they need to enforce their own rules. And if Jeffress is allowed to tell people how to vote, then no doubt there are many other non-profits who will gladly encourage their members to support Biden if it means they won’t suffer any legal consequences for it.

Jeffress shouldn’t be allowed to get away with this just because he’s Christian. If a leader of a large mosque told Muslims to vote for Biden, it would be covered non-stop in conservative media. This endorsement from Jeffress was largely ignored or forgotten.

The IRS has historically been awful about going after churches even when there’s obvious proof of them breaking the rules. As the Washington Post noted in 2016, even when churches deliberately tried to get the IRS to come after them, “only one has been audited by the IRS, and none punished.” 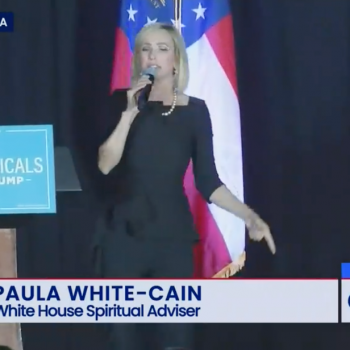 July 28, 2020
Paula White to Evangelicals: America's Enemies "Will Take God Out of Everything"
Next Post 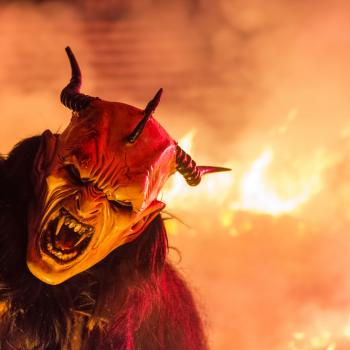