Texas GOP Lawmaker: Aliens Need Jesus to Get to Heaven

Texas State Rep. Jonathan Stickland, who said last year that vaccines were “sorcery,” said on Twitter this morning that aliens would only find salvation through Jesus.

IF aliens are real, salvation through Jesus Christ is the only way they enter Heaven. #txlege

If aliens are real, you would think there are bigger issues to deal with than their salvation. (If nothing else, the existence of aliens would suggest humans are not, in fact, special — take that, Bible! — and that God has a secret family we didn’t even know about.)

Leave it to a Republican to imagine the existence of aliens, only to say to himself, “Interesting… now how do we convert them?!” They’re aliens. Why would they need Heaven, anyway? They would already be way more advanced than our species. I doubt adopting a manmade religion would be one of their priorities.

Stickland is a self-described “Christian Conservative Liberty Loving Republican” who’s been in office since 2013. He announced last year that he will not be running for re-election this November. Given how close his race was in 2018, it’s probably because he would’ve been thoroughly trounced this time time around and not because he wants to “dedicate more time to my family, my church, and my business.”

Anyway, this guy’s an elected state representative. So if you’ve ever had second thoughts about running for public office because you don’t think you’re qualified, get over it. I assure you this guy has no self doubts at all even though he absolutely should.

(Thanks to @StoopidTallKid for the link) 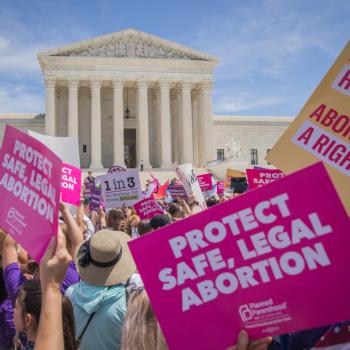 July 24, 2020
Anti-Abortion Activists Are Idiotically Urging Democrats to Cater to Their Whims
Next Post