Canada has a reputation for being a nice country, a friendly country. That leads some people — even some Canadians — to assume that problems of discrimination and religious bigotry can’t happen here.

But when Woodstock (Ontario) fiancées Mallory Arthur and Kelly Roberts began their search for wedding vendors, they found otherwise. 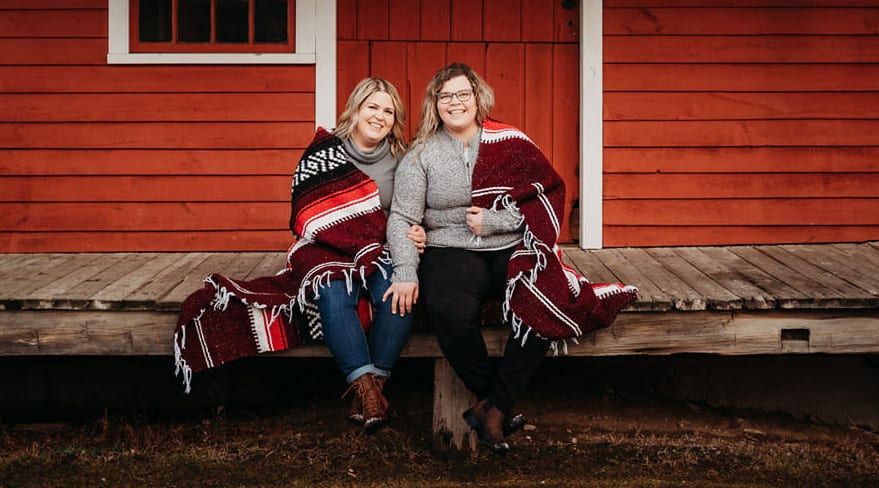 It started when they interviewed an officiant from the comparatively large city of London, located about 40 minutes away from their home. He arranged a meeting with Roberts, but when he found out there would be a second bride instead of a groom, he said he could not support their wedding:

As soon as he saw both of us, he said, “Oh, I’m sorry, I can’t support your marriage. I won’t be able to officiate you.” That was one of the most awkward and uncomfortable moments of our lives. And so that’s why we’ve been upfront with other vendors, so we don’t have to go through that again.

Technically, that unnamed officiant has the law on his side. It is legal under the Ontario Human Rights Code for religious officials to refuse to preside over or assist a marriage ceremony that runs counter to the tenets of their faith.

But then the couple reached out to Brantford videographers Ian and Cara Hamstra, the team behind Caramount Pictures. Videographers do not have the same exemption under the OHRC: They cannot deny a gay couple the same service they would perform for a straight one.

Many bigots are content to get around that law by claiming “scheduling” conflicts, but Cara Hamstra was upfront in the e-mail response she sent to Roberts:

Thank you for contacting us here at Caramount Pictures. Congratulations on your engagement, you must be getting so excited 🙂

I say this with much care, because I know that your union is incredibly important to you, but we do not film homosexual weddings.

Wishing you both good health and peace during these stressful COVID times.

That’s right — she even typed a little smiley-face emoji immediately before telling the bride-to-be that they would rather refuse a paying gig than take part in the marriage of two women. And then she wished them peace.

Adding one more layer of insult, that email arrived in Roberts’ inbox on the 15th anniversary of marriage equality in Canada.

What stood out most, Roberts explained, was how confident Hamstra seemed, as though she genuinely believed in her absolute right to deny services to LGBTQ couples:

She was so blunt about it, didn’t even try to mask it. When I opened the e-mail, my heart just immediately dropped. I felt sick to my stomach. It was just so blatant what she said. And usually people will try and dance around it.

But it’s that forthrightness that hanged Caramount Pictures, both legally and in the court of public opinion. Roberts made the message public on Facebook, soliciting recommendations for LGBTQ-friendly local alternatives, and her story went viral. The Facebook rating for Caramount Pictures plummeted as other couples came forward with their stories of similar discrimination.

While the Hamstras’ reasons for refusing are not necessarily religiously motivated, the couple is reportedly affiliated with an evangelical church that preaches Creationism, spiritual warfare, and the End Times theology of the Book of Revelation.

Roberts suspects that the size of her community has something to do with the lack of acceptance, theorizing that they’d have an easier time finding welcoming vendors in a more cosmopolitan area, like Toronto. There may be some truth to that, too: A 2017 study found that LGBTQ people in and around Woodstock do not feel accepted or supported by the larger community.

But it’s more than that: Helen Kennedy, executive director of Egale Canada, says she hears stories of “blatant discrimination and systemic oppression” from across the province:

Comments like the one from Caramount are not uncommon despite being illegal under the Ontario Human Rights Code. More work is needed if we are ever going to achieve a Canada where all people are equal and none is the Other.

This particular story has a happy ending for Arthur and Roberts, who accepted an offer from Mississauga videographer Nick Maxwell to shoot their wedding free of charge. The two look forward to their wedding day in October 2021 — and, one can only assume, to a time in the future where this bitter experience is nothing more than a footnote on a beautiful memory. 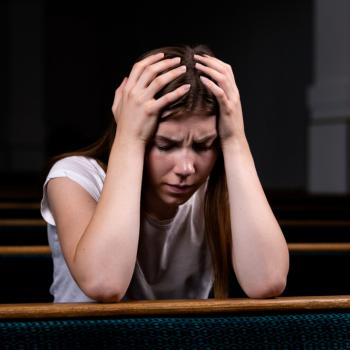 July 23, 2020 The "Ecclesiastical Abstention Doctrine" Gives a Legal Pass to Religious Abuse
Browse Our Archives
What Are Your Thoughts?leave a comment