White House “spiritual adviser” and head of the government’s “Faith and Opportunity Initiative” program Paula White has used her position to praise Donald Trump at all costs, even making money in the process, but it’s important to recognize she’s also a bigot.

Much like the other evangelicals surrounding Trump, she holds conservative Christian beliefs no matter how hard she tries to paint herself as above it all, and those beliefs have made their way into public policy that hurts Americans.

Over the weekend, she listed some of those beliefs in a sermon:

I knew that one was gonna be the one, right?

While 44% of Republicans (and 75% of Democrats) support marriage equality — both numbers are higher among younger Americans — White is eager to make sure Christians are on the wrong side of this civil rights movement. How is this still an issue? The sky hasn’t fallen despite all the doomsday predictions we got from white evangelicals years ago.

Meanwhile, White herself has been divorced twice. It’s nobody else’s business, and I’m not judging her for it, but you would think her God would frown upon that a hell of a lot more than the existence of a married gay couple.

We know why she does it. She wants the power far more than she wants to advance these beliefs. She doesn’t care if Trump’s decisions are hurting the evangelical cause as long as she’s near him while he does it.

It’s safe to say Paula White doesn’t care about liars, either, considering how much time she spends surrounded by them. 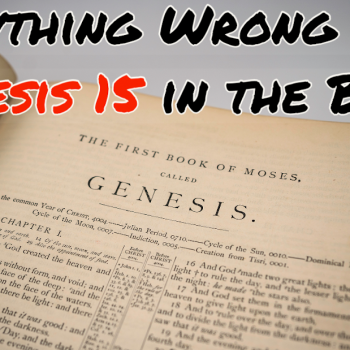