Predator Cardinal, Defrocked, Provides a Moving Case Study in the Abuse of Power 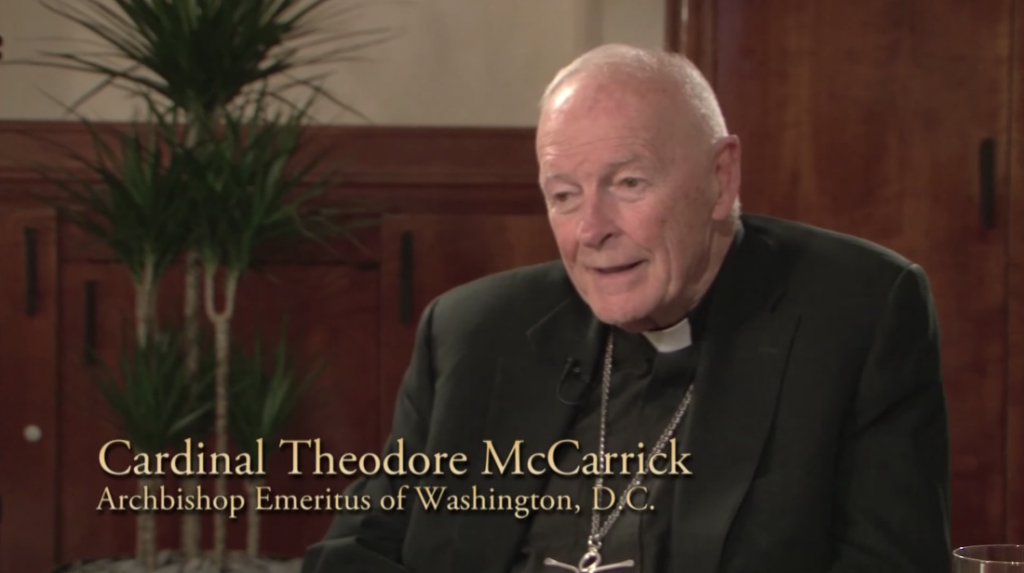 Not only is McCarrick the highest-ranking clergyman removed from service in the modern Church, he was powerful even for a cardinal: friendly with the presiding pontiff and active even in retirement in global travel as a “savvy back-channel operator” for the Vatican.

But McCarrick also wielded a different kind of power, the sort that writer Elizabeth Bruenig viscerally explores in a recent piece penned for the New York Times‘ Opinion section.

Her strategy? Set aside the power games and politics of Vatican City, set aside the larger picture, and focus with precision on one family’s story.

Bruenig centers her story around the pseudonymous Francis M., one of five brothers to testify against McCarrick in the Vatican’s inquiry into the abuse allegations against him. (Several cousins of the family also report experiencing abuse at the hands of the former priest.) Francis’ family was working-class, not accustomed to luxury, and McCarrick ingratiated himself with gifts on top of the already-considerable status boost the family would gain from having a prominent priest in their home.

Even back in the 1970s, McCarrick traveled a great deal for work, and he often brought teenage boys along as companions — a terrific opportunity for young men whose families weren’t wealthy enough to finance travel opportunities to broaden their children’s horizons. One assumes parents hoped for an educational experience for their sons.

And in a sense that’s what they got, as McCarrick accustomed his victims to lying about their relationship with him by having them pretend to be his nephews in the presence of wealthy benefactors.

The article describes the process by which McCarrick moved from that deception to others of greater consequence so seamlessly, Francis scarcely considered himself a victim of a predatory priest:

He wasn’t a victim, he thought. He had never felt like one. He had explanations for all the times Mr. McCarrick had insisted that Francis share a bed with him as a boy and for the ways the man had touched him when he did. Mr. McCarrick was lonely, Francis had told himself; plenty of clergymen were. And Francis had turned out well: A father of four with a happy marriage and lucrative work, he had little reason to meditate on the former cardinal.

Denial is a common experience for victims of abuse, especially in cases where children remain dependent on the goodwill of adults around them. And that denial can clearly follow them into adulthood, whether or not the abuse continues.

In this case, McCarrick eventually stopped molesting Francis and his brothers. But the power and control he wielded in their lives remained evident through his continued presence within the family. Says Francis:

[McCarrick] had interwoven himself so much into the family that if you really wanted to completely cut him out, you’d have to cut yourself out of the family. If you went to somebody’s christening or somebody’s wedding, he was there.

That simple statement — that Francis would have to remove himself from the family, implying that the family would choose McCarrick’s attendance over his own — speaks to the all-encompassing power of an abuser who can make you feel unwelcome with your own family.

In fact, McCarrick even inserted himself into Francis’ wedding, against the couple’s wishes, by having their priest read a papal blessing aloud during the ceremony. Bruenig describes it as exactly what it is: “an assertion of control.”

Plenty of people who have left various Christian sects talk about the power-hunger of their leaders, and that’s an important point to keep in mind when we’re talking about the epidemic of child sexual abuse within the ranks of any religion. And there’s (arguably) no other church on earth with such a massive, rigid, and explicit power structure as the Catholic Church.

Which brings up the question so many formerly religious people have found themselves asking under a broad range of circumstances:

That’s another issue that Bruenig explores: the relationship between abuse of power, betrayal of trust, and belief — or the lack of it. Francis’ experiences impact not only his relationship to the Catholic Church, but also his children’s. As the Church sees a precipitous decline in its numbers, it’s worthwhile for them to ask themselves if the hierarchical power games are really worth it.

In the meantime, as abuses of power lead believers to question their faith, the Catholic-to-atheist pipeline is running strong.

July 21, 2020
Vancouver Pride Boots BC Liberals From Parade Over Ads in Anti-LGBTQ Magazine
Next Post 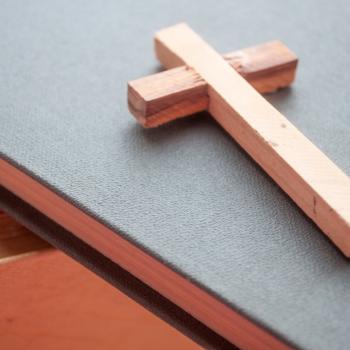