In 2018, former Governor Mike Huckabee announced that the company he co-founded, Learn Our History, had produced a DVD for children promoting a Christian version of U.S. history. “Great Again: Restoring Faith in America” was intended to teach kids how “God has always been the driving force of America’s greatness!”

Over the past few weeks, Huckabee’s company has been pushing its full line of products on Facebook with a $1 promotion. But according to Jesselyn Cook at HuffPost, a lot of parents are furious at what they’re calling a bait-and-switch.

In short, there’s no $1 promotion at all. You’re actually signing up for a $20-a-month subscription. And they’re finding it all but impossible to cancel the plan.

… Many said that Learn Our History ignored their repeated requests to cancel the subscriptions, leaving them locked into payments for products that they never wanted in the first place — all so their children can learn Huckabee’s version of history, which critics described as “pretend,” “kiddie propaganda” and “full of Christian nationalist revisionism and right-wing political propaganda.”

“I have tried numerous times to cancel a ‘subscription’ to this, … but no one responds to my emails or messages. I was not aware I had subscribed to anything, and I keep getting billed $20.90 a month for something I do not use or want. Buyer beware,” one woman posted to the ‘Kids Guide’ Facebook page. “Do not debit any more from my account,” another pleaded. “I sent a message, but no one responded.”

Leave it to a Republican to dupe people with an awful product they can’t cancel.

In one case, a customer got prompt customer service responses when she was signing up for the promotion… but silence when she wanted to cancel. Just to be clear, the website doesn’t lie to customers about what they’re signing up for, but the details are hidden in the fine print. It’s as if the company knows damn well most people would never sign up for this garbage if they knew what it actually cost. The fact that people can’t bow out is just disgraceful.

When the company finally responded to HuffPost, they only said they inform customers of everything when they review the terms and conditions. Which is a fancy way of saying There’s no way we’re telling them what they’re actually buying.

If they were honest — and there’s no such thing as an honest Huckabee — they would just tell people the true cost in the promotional material. Why hide it if it’s such a good deal? But Huckabee, like his daughter, isn’t interested in telling people the whole truth. He’s just trying to cash in before people figure out the con.

All for a course that wasn’t even worth it for $1. 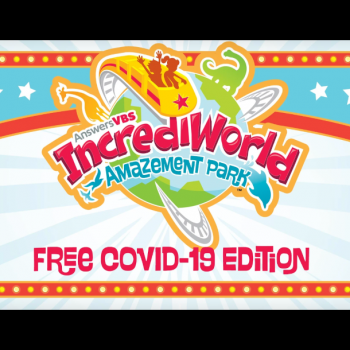 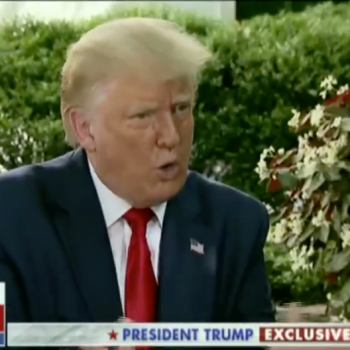 July 19, 2020 Donald Trump: If Joe Biden Wins the Election, "Religion Will Be Gone"
Browse Our Archives
What Are Your Thoughts?leave a comment