Award-winning Sri Lankan writer Shakthika Sathkumara — author of seven short story collections, four poetry anthologies, one novel, and several works of non-fiction — could spend up to a decade in prison because of a short story he wrote. 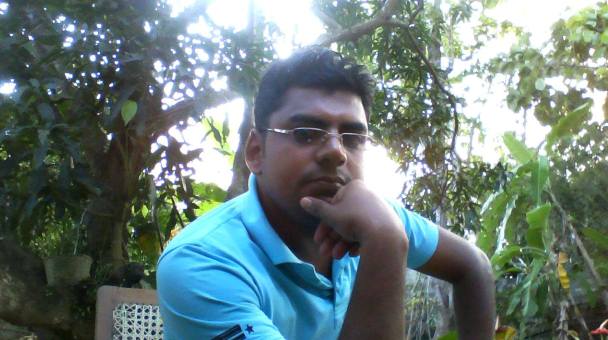 Monks at the Buddhist Information Center, led by Ven. Angulugalle Siri Jinananda Thero, filed a complaint with local police in 2019, alleging that the short story “Ardha” (“Half”) was “derogatory and defamatory” towards the Buddha and Buddhism as a whole.

The story, which has since been translated and published by the Journalists for Democracy in Sri Lanka, describes the experiences of a former Buddhist monk who chose to renounce his monastic position. Less than a thousand words long, it contains subtle references to homosexual relationships between monks. One of the characters also reveals the beginnings of a short story that suggests Siddhartha (the Buddha) “was unable to please a woman.”

Perhaps anticipating his own author’s fate, the protagonist urges his friend to burn the manuscript.

But in reality, Sathkumara chose to post the piece on Facebook, which led to the charge that he had violated both the International Covenant on Civil and Political Rights (ICCPR) Act and the Sri Lankan Penal Code. In short, Sathkumara was accused of inciting hatred: a crime punishable by up to 10 years in prison under the ICCPR Act.

Obviously, stories of sexual misconduct between purportedly celibate clergy are provocative, and re-imagining the lives of religious figures can be dicey territory. Not everyone will be a fan. But producing art that’s critical of religion is a long way from being a hate crime.

Secular advocacy group Humanists International agrees. As part of a statement, they affirmed:

Humanists International stands against the incitement of violence or hatreds; however, having reviewed the content of Sathkumara’s story, we do not believe that the story constitutes incitement to violence. Humanists International believes that Sathkumara is being targeted solely for peacefully exercising his rights to freedom of religion or belief and freedom of expression and calls for the Sri Lankan authorities to drop the case immediately and unconditionally.

Sathkumara’s case doesn’t appear to be an isolated incident, either. Activist and NGO co-ordinator Gamini Viyangoda explains that Buddhist clergy are using the Act to push law enforcement into making “uninformed, irresponsible arrests” against anybody who speaks against their dogma:

The ICCPR Act is being abused at an alarming rate by law enforcement authorities; this is becoming evident every day, so we are hopeful that Sathkumara will be released. Clearly this was only a fictional short story. However, there has been no discrimination, hostility, or any threat of violence from Sathkumara — this raises questions against the grounds on which he was arrested.

It has become a trend among the high-profile Buddhist clergy to assume that whatever they demand should be complied with.

Protections from hatred and incitement to violence are important safeguards for a whole host of minority groups, but the powerful status of the Buddhist monks in this situation is a relevant consideration. Attorney Gehan Gunatilleke puts it this way:

It is reported that Sathkumara’s writing brings the Buddhist clergy into disrepute. If this is true, the Buddhist clergy and others are entitled to criticize Sathkumara. That is part of their freedom of expression. However, criminal law has no place in this dispute… The ICCPR Act, despite being a perfect replication of international standards, can be abused if the state wishes to take the side of the majority and target a person with unpopular views. So the problem is not with the text of the law, the problem is in its selective application to suit the will of the majority.

Sathkumara’s year-long saga is only just reaching the critical point. After spending four months in prison, he was granted bail in August 2019. That’s a positive step, but it’s not ideal: the United Nations Working Group on Arbitrary Detentions released a report finding the prison time Sathkumara has already served constitutes a human rights violation. Meanwhile, the most recent hearing in Sathkumara’s case resulted in a four-month postponement and won’t be heard until autumn at the earliest.

More news is coming, though: There’s a separate hearing scheduled for July 28 to examine the state’s alleged violations of Sathkumara’s human rights. This could be the end to the author’s legal limbo, or it could be yet another challenge to free expression for religious minorities. Only time will tell. 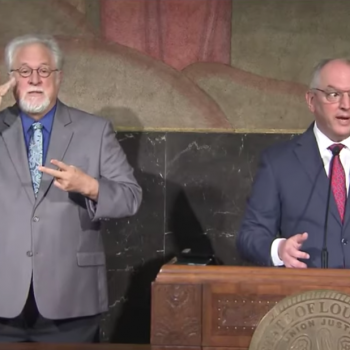 July 18, 2020
Out of Ideas, Louisiana's Governor Calls for Three Days of Fasting and Prayer
Next Post 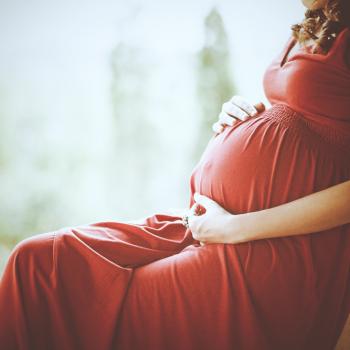