Right-Wing Conspiracy Theorist: Trump is Alienating His Base by Wearing a Mask July 18, 2020 Beth Stoneburner

Right-Wing Conspiracy Theorist: Trump is Alienating His Base by Wearing a Mask

Conservative activist and conspiracy theorist DeAnna Lorraine, who already claimed God doesn’t want us wearing face masks, now says Donald Trump is “taking his fan base for granted” by wearing one — that is, doing the one thing he should’ve done months ago to slow the spread of the coronavirus.

Her basic argument boils down to the idea that Trump should be fighting for his base, and by caving in and wearing a mask, he’s lowering enthusiasm among his die-hard supporters. She would much rather she him fighting back against… all the people who know what they’re doing.

She made the remarks earlier this week:

“President Trump is, I feel, a little bit taking his base for granted and is taking the vote for granted,” she said. “He needs to go full steam ahead with his rallies. I don’t care what the media criticizes him for or not. We’re in almost August now, and we’ve had one rally. That’s not good.”

“They have killed his rallies, and he’s fallen right into this trap, and it sucks,” she said. “I know that’s not a popular opinion to say, but look, he just wore a mask a few days ago, which makes it that much more difficult for us people who understand the science and the health behind masks to defend against that. Because now he’s wearing a mask, and all the media feel like he’s submitted to it, and they won.”

“He needs to step it up,” Lorraine added. “I’m sorry, President Trump, you know I’ve been your biggest cheerleader since day one, but if you want to win this election, you cannot take our vote for granted. Absolutely not. It is not a shoo-in. It’s not an open and closed case at all. And now, more than ever, we need these rallies. We need enthusiasm. We need you to stand up for us and fight for us and call out the B.S. Call out the fact that mandatory masks are B.S. Don’t promote it even more by wearing them in public or having Melania Trump wear it in public. You know, it’s really ridiculous.”

You know you’ve sunk low when you need a Trump rally to make your life meaningful… (The irony is that Trump would very well be hosting those rallies if there was more enthusiasm for them! But one in New Hampshire was recently canceled precisely because few people were going to attend.)

The alternative would be having Trump infect his fan base by downplaying the benefits of mask-wearing, then holding rallies where the virus could be spread very easily. It seems like liberals care more about the health of Trump’s supporters than he does. It’s a common theme throughout the election, no matter what a failed political candidate says otherwise. 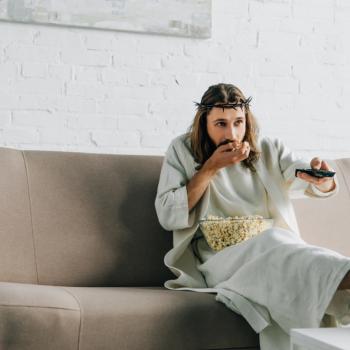 July 18, 2020
Naked Man Breaks Into House, Then Tells Cops He Was Doing "Mushrooms with Jesus"
Next Post 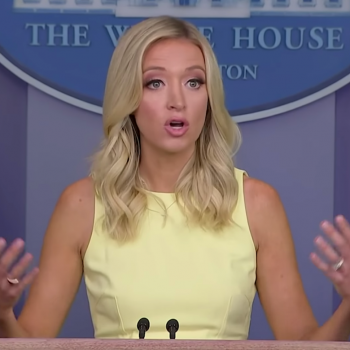