In a shocking violation of church-state separation, President Donald Trump and his administration have offered billions of dollars in forgivable Paycheck Protection Program (PPP) loans to religious organizations.

We’ve known this for months — and recently we learned which organizations receiving the largest paychecks — but now the Freedom From Religion Foundation has evidence showing that the Trump administration urged those churches to ask for the money, suggesting they would receive it if only they applied.

The group has released audio recordings of secret phone calls — one participant described them as “tele-town-halls” — in which hundreds of church leaders met with prominent White House officials, who encouraged those pastors to apply for the loans.

That’s a big deal for more reasons than one. Besides the violation of church/state separation, considering the administration never held similar calls with non-Christian groups to our knowledge, it’s also worth mentioning how they encouraged religious groups that don’t need the help to take advantage of the loan program at the expense of secular businesses who do.

The PPP loans were meant to help prevent job loss during the COVID-19 crisis by providing a forgivable loan to help small businesses retain workers while quarantine interfered with their cash flow. As early as April of 2020, the U.S. Small Business Administration (SBA) determined that faith-based organizations were eligible for PPP loans even if they served no secular purpose, so long as they met the other criteria for inclusion.

But even before that decision was made public, FFRF recorded the first of two telephone conversations in which high-level members of the Trump administration explained the process in great detail to church leaders, all while reassuring them that churches could keep on discriminating in hiring even if the government was financing their staffs’ salaries.

Trump-allied faith leaders were assured by the federal government that even a discriminatory fly-by-night “church” that provides absolutely no secular social services, and of which the owner is the sole employee, could have its wages covered by taxpayers during the PPP time period.

The second of the calls, recorded on June 22, was even more explicit about the group’s intentions to channel funding towards religious groups. SBA Regional Administrator Ashley Bell stated outright that the virtual meeting was being hosted “in partnership with the White House” to encourage faith-based groups in particular to scoop up PPP funds:

The goal today is to set the stage and let you know that we have over a hundred and thirty billion dollars left in the CARES Act, and we want to make sure that those resources from the Paycheck Protection Program are able to make it to America’s faith-based communities.

On top of that, televangelist Paula White — best known for being Donald Trump‘s spiritual advisor and lining her pockets in the wake of the pandemic — urged her audience of preachers and faith leaders to sign up for SBA mailings and webinars advising them of available grant money that could now, thanks to Trump’s loosening of restrictions, be used for specifically religious projects. 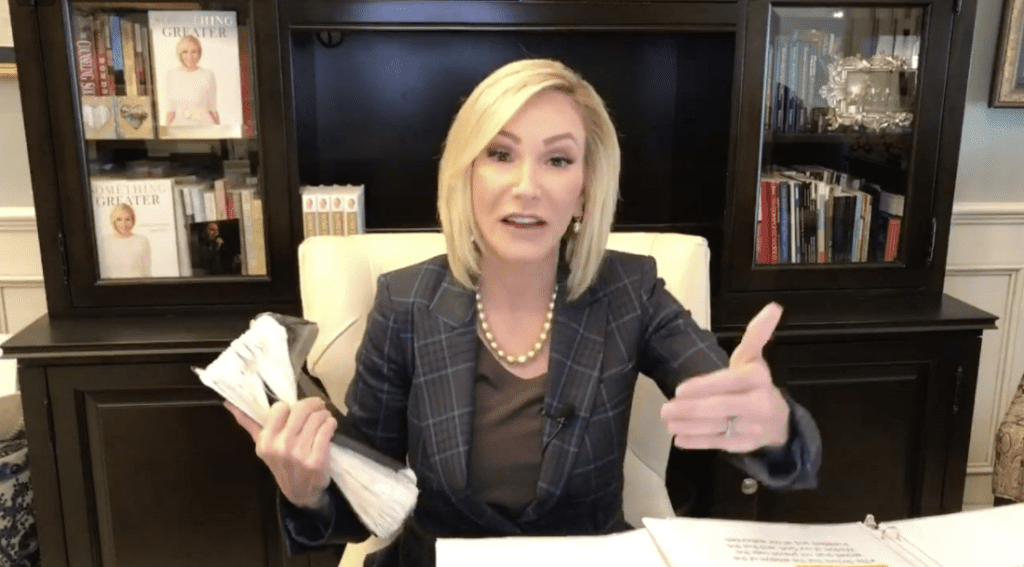 But the SBA isn’t meant to cater to religious organizations: Its mandate is to “aid, counsel, assist, and protect, insofar as is possible, the interests of small business concerns.” Let’s state the obvious: televangelists, megachurches, and Catholic dioceses — who have been the recipients of billions of dollars in PPP loans — are not small businesses in crisis, struggling to stay afloat.

The application asks these would-be recipients to “certify in good faith” that they meet the criteria for eligibility and that they genuinely need the money to remain open. The fact that branches of the ultra-wealthy Catholic Church have received funding, though, suggests a lack of safeguards against abuses. It’s hard to not know the Vatican has money.

Why is an organization whose mandate is totally unconnected to religion working so hard to ensure access for religious groups in particular? White gave part of the answer in her effusive praise of Trump, describing the ways his administration has positioned evangelical Christians in government agencies across the government:

We see so many things that he’s done, like for instance — what Ashley referred to — our Center for Faith and Opportunity initiatives. When our president, the first thing he did was he brought the Faith Center that was formerly housed in HHS, and he said “This needs to be in the White House, in the executive branch”… He immediately appointed, there had to be either a director in every agency and/or there had to be a representative in every agency.

The other half of the story is a simple quid pro quo.

White evangelical Christians supported Trump in staggering numbers in 2016. It’s a safe bet that the minsters included in the call come from pro-Trump ministries — meaning that the Trump administration is actively rewarding his supporters with extra access and encouragement to take advantage of government grants they really shouldn’t be getting in the first place.

And the fact that they are receiving that access at all cuts to the heart of the question of church-state separation in the United States of America. The Constitution specifies that government may not fund the practice of any religion. While it’s hardly the first time presidents have flirted with that line, it remains the first time Americans’ tax dollars have been used directly to pay ministers and church workers, even in jobs that exist for no reason other than religious practice.

FFRF has been forthright about what a massive deal that is:

President Trump’s offering of public funds to religious ministers breaks with 250 years of constitutional precedent. As the Framers of the secular U.S. Constitution understood and discussed at length, religious liberty requires that citizens be free to decide which church to personally support, or to support none at all. Until very recently, even the fiercest opponents of the separation between state and church admitted that forcing taxpayers to pay the salaries of clergy was flagrantly unconstitutional.

Under this administration, organized religion is receiving a bailout. Worse, the White House is actively courting Christian leaders, encouraging them to snap up federal funds in Jesus’ name.

The lack of religious neutrality is staggering.

July 17, 2020 MAGA Cultist Pastor: If Churches Don't Open Their Doors ASAP, the Communists Win
Browse Our Archives
What Are Your Thoughts?leave a comment