Back in April, when Liberty University president Jerry Falwell, Jr. said the school would open back up well before anyone said that was safe, reporters came to campus to speak with students and cover what was obviously a valid story. Falwell was furious, using campus police to issue arrest warrants against both the news site ProPublica and a freelancer for the New York Times.

Last month, the photographer for the Times posted her own story about how Falwell’s threat temporarily upended her life even though she did absolutely nothing wrong.

Now Falwell is going for the kill shot, suing the New York Times for $10 million (plus $350,000 in punitive damages, attorneys’ fees, and more) for defamation.

The 55-page lawsuit is almost comical in how hard it tries to pretend the Times is out to get them, even citing columnist Bari Weiss‘ recent (and widely mocked) resignation letter as proof that the Times routinely engages in “Wrongthink.”

The crux of the lawsuit is Falwell claiming the Times falsely claimed Liberty would be a COVID hotspot even though that wasn’t the case — he says there was “never an on-campus student diagnosed with COVID-19,” though it’s never clear how many students were tested — and that the reporter deliberately misconstrued what she was told to make Liberty look bad.

The New York Times and [reporter Elizabeth] Williamson made these statements with actual malice, with knowledge of their falsity and defamatory implications and/or with a reckless disregard for the truth.

And the people who teach Creationism are experts when it comes to “reckless disregard for the truth.”

At one point in the lawsuit, Falwell’s lawyers claim the story “was written before any reporting began” (with no evidence). A good chunk of the lawsuit just reads like a rant against the Times in general with no connection to the case at hand.

I’m not a lawyer. I’d still be surprised if this case got anywhere given the burden of proof needed in any defamation case. Falwell’s lifelong strategy is positively Trumpian in nature: Blame everyone else for your failings, do the bare minimum if you ever need to apologize, and always use lawsuits to scare your enemies. It’s very possible he thinks the best way to counter the Times’ reporting is by suing them — not because of the legal merits, but because of the attention the lawsuit will garner.

Meanwhile, Black students and staffers have been deserting the school in droves because of Falwell’s racism. Instead of fixing himself, he’s lashing out at the world.

At least the Times has a legal department that won’t succumb to bad-faith lawsuits. 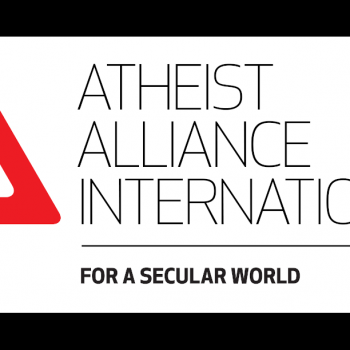 July 16, 2020
Atheist Alliance International Temporarily Suspends Director Over Use of Slurs
Next Post 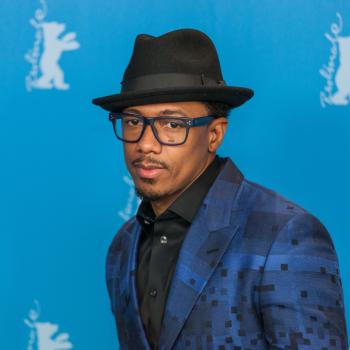