Despite Evangelical Base, Trump Denies Aid to Truly Persecuted Christians

The idea of religious persecution in America has been cheapened by right-wing discourse that mistakes equality and the erosion of Christian supremacy for anti-Christian bigotry every time. But in other parts of the world Christians have rational, justified fears of persecution. 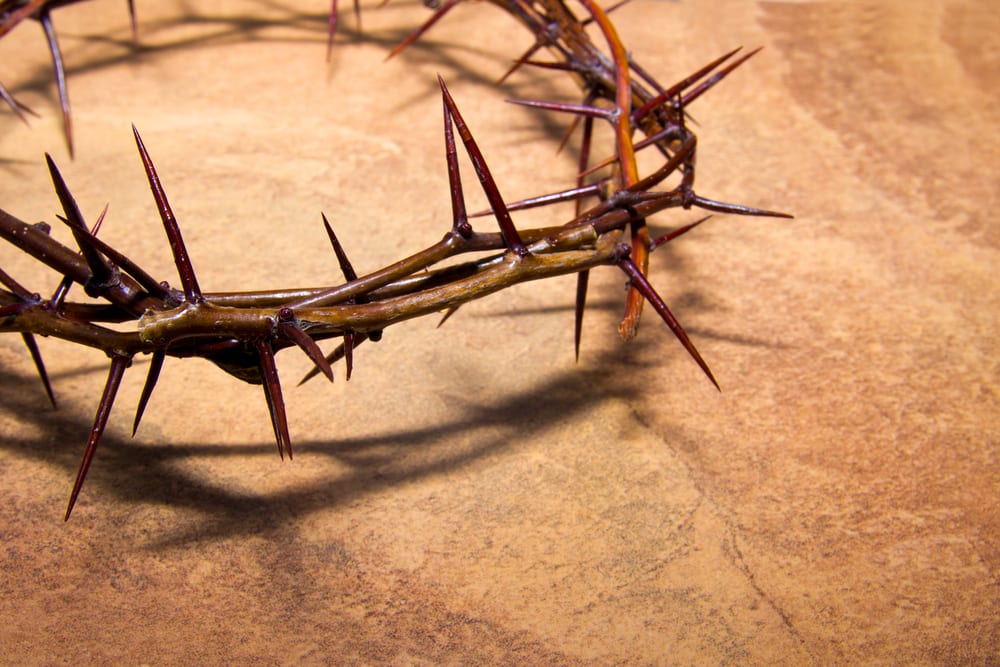 While the Trump administration has talked a good game about protecting religious freedom at home and abroad, calling it a “foreign-policy priority” from the start, a new report suggests that Trump’s anti-refugee policies are keeping persecuted Christians stranded in their homelands.

The report is called “Closed Doors: Persecuted Christians and the US Refugee Resettlement and Asylum Process.” Produced jointly by Christian organizations World Relief and Open Doors USA, it shows a sharp decline in the number of Christian refugees brought to America annually beginning when Trump took power in 2017. The document cites a change in refugee resettlement rates overall, based on a shift in government policy under the Trump administration:

Under the authority of the Refugee Act of 1980, the president sets an annual ceiling for refugee resettlement: On average, from 1980 through 2016, that upper limit for resettlement was set at roughly 95,000, with an average of approximately 81,000 refugees actually arriving annually.

In recent years, however, the U.S. has dramatically reduced its commitment to refugee resettlement. After resettling roughly 97,000 refugees in 2016, the refugee ceiling has been reduced each year. In 2018, Canada surpassed the U.S. as the leader in refugee resettlement, welcoming approximately 28,000 refugees compared to the U.S.’s 22,874, despite a far smaller population overall.

It stands to reason that, if fewer refugees are making it to the United States, fewer refugees fleeing anti-Christian persecution will be able to relocate there. So the increased vulnerability of persecuted Christians abroad can be traced directly back to the policy decisions of the Trump administration.

Nonetheless, in an interview with Religion News Service, Open Doors CEO David Curry and World Relief CEO Tim Breene were “careful not to criticize Trump directly,” says reporter Jack Jenkins. They took pains to point out what little the administration has done to improve conditions on the ground:

Curry noted when Vice President Mike Pence personally intervened to dedicate U.S. Agency for International Development funds to better living conditions for religious minorities in northern Iraq. That move is part of a larger strategy aimed at improving the situation of persecuted Christians where they live instead of prioritizing refugee resettlement.

All well and good, but better living conditions fail to address the central problem here. With 260 million refugees seeking asylum from anti-Christian regimes each year, it’s clear that anti-Christian persecution remains a threat in many parts of the world.

What the document doesn’t note, however, is that Christians are statistically more likely to receive aid from the United States than other religious minorities. Even under the comparatively progressive Obama administration, nearly half of all refugees were Christian; under Trump, that number has risen to 80% in 2019.

Four out of every five refugees permitted a place in America will be among the persecuted Christians whose plight forms the basis of the “Closed Doors” document. And while the report pays lip service to other religious-minority refugees, it falls short of acknowledging the extent to which being Christian boosts the odds of receiving American aid.

None of that changes the base hypocrisy of a government that champions the absurd overreaches of Christians at home, crying out in the name of religious freedom, while shutting its eyes and its doors against Christians in other nations seeking an escape from violence, abuse, and displacement.

Perhaps if somebody asked them to bake a cake for a same-sex wedding, the government might sit up and take notice. 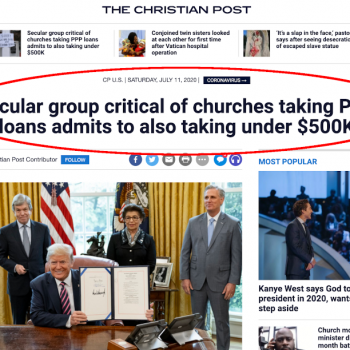 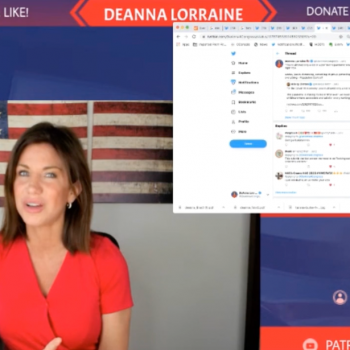 July 12, 2020 Right-Wing Conspiracy Theorist: Hillary Clinton is "Coming in for Your Babies"
Browse Our Archives
What Are Your Thoughts?leave a comment