Another Christian school. Another gay employee fired for the “crime” of getting married to her partner.

This time, the victim is Krystal Brazel, who spent five years as a part-time athletic trainer at Lutheran High School in Indianapolis, Indiana. 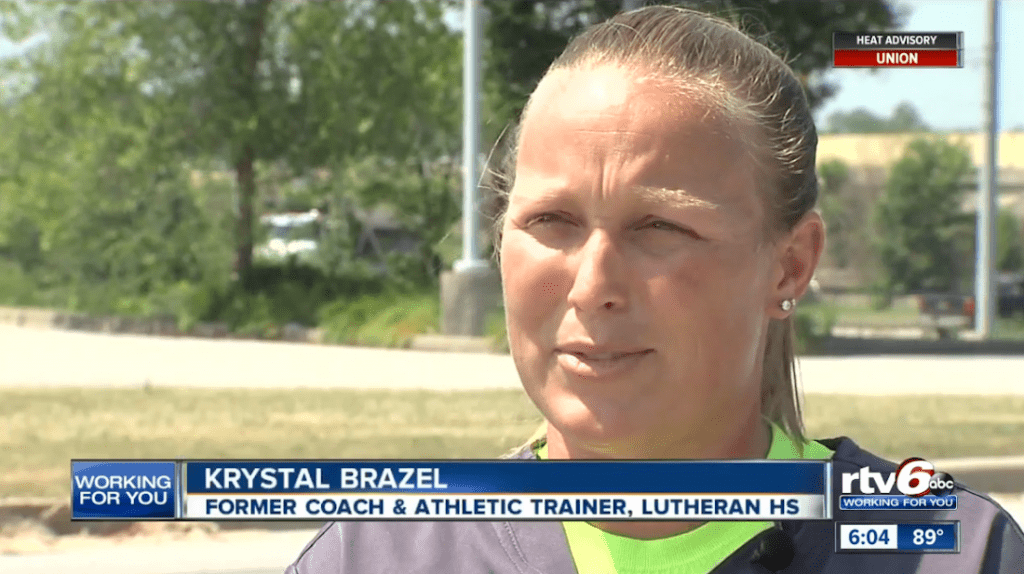 Here’s how amazing she is: When she saw the (lack of) equipment she had to work with, she raised money to help build a real athletic training room. The softball team she worked with even won a state championship in 2019.

But since she’s supposed to get married next Saturday, it’s no wonder school officials pulled her aside earlier this year — presumably when they found out about the wedding — to remind her that God will not be coming to her ceremony.

In February, Brazel was called into a meeting with the athletic director and head of school and asked to read a handbook that she said stated homosexuality is a sin. She was then asked to sign saying she could follow it, which she couldn’t.

We believe that any form of sexual immorality (including adultery, fornication, homosexual behavior, bisexual conduct, bestiality, incest, and use of pornography) is sinful and offensive to God…

It’s not exactly clear from the multiple articles about this story if the school is firing her “because of her sexual orientation,” as one report states, or because she’s engaged and about to be married. Most of the time, even Catholic schools don’t care if employees are gay, but if those people dare to publicize their relationships (on Facebook, for example) or get married, it’s over.

Even that handbook says homosexual behavior is the problem, not homosexuality itself. Several articles about this story have ignored that vital distinction.

Anyway, Brazel is sharing her experience with the public now hoping for something to change in the future:

The culture isn’t going to change. Christian hate is baked into the system.

Brazel also said she’s considering legal action… but that too won’t get anywhere. As we’ve said many times before, religious schools have every right to fire people who don’t adhere to their beliefs, even the despicable ones. And as the Supreme Court made clear this week, that applies to everyone considered a “minister”… which can apparently be anyone.

How many of these stories do we have to share before people realize their schools aren’t going to make an exception just for them?

Lutheran High is a hateful place. It’s right there in the handbook. Any church or church-affiliated school that treats LGBTQ people as uniquely awful sinners for falling in love and getting married is an institution worth abandoning. It’s too bad Brazel didn’t realize it until it was too late. There’s a Change.org petition calling for “justice” on her behalf… but, again, it won’t help.

If people want change to happen, they need to leave the school and take their tuition money with them. That’s it. Nothing else will work.

There is some good news, though. Next week, Brazel will begin working as the athletic trainer at New Augusta Public Academy, about 30 minutes away from Lutheran High. The students there will be lucky to have her. It’s just too bad the administrators at Lutheran are more committed to perpetuating Christian hate than doing what’s best for their kids.

(Screenshot via The Indy Channel) 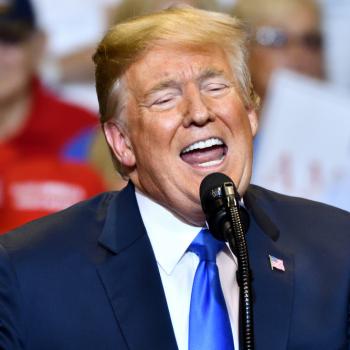 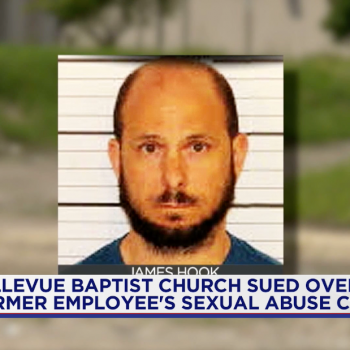