During a handoff segment on CNN Monday night, anchor Don Lemon was making the point that a lot of people who are revered in our country — the Founding Fathers, President Lincoln — weren’t perfect and we need to acknowledge their imperfections when considering their legacies.

Seems… sensible. But then, as an example, he brought up Jesus.

… Jesus Christ… if that’s who you believe in, Jesus Christ admittedly was not perfect when He was here on this earth. So why are we deifying the founders of this country, many of whom owned slaves?

As you might expect, the Christian Right has been in an uproar all week, having found a new distraction that allows them not to address Donald Trump‘s incompetence. They’re mad because, in their view, Jesus was absolutely perfect in all ways. He had to be. He couldn’t have died for your sins unless He was blameless.

But since we’re on the subject…

Let’s talk about what Jesus did.

So… either we have to acknowledge Jesus could be a jerk at times despite whatever other redeeming qualities we want to assign Him. Or, like the conservative Christians are doing, we can pretend Jesus was perfect because our faith requires it… even when the Bible itself has plenty of evidence to the contrary.

Instead of talking about that, though, those Christians would rather argue that CNN is somehow anti-Christian because a throwaway line to make a valid point didn’t align 100% with their personal religious beliefs.

Imagine having the luxury to complain about that because you’re too cowardly to admit racist people shouldn’t have monuments in their honor. 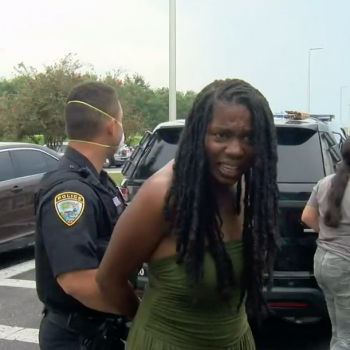 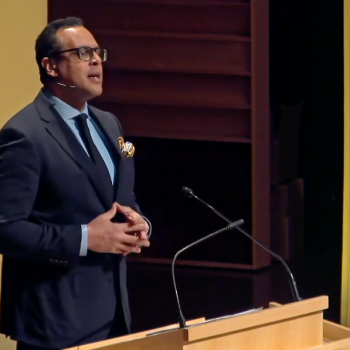