Will Smith Irresponsibly Urges People Not To Elect “Godless” Leaders

During an interview with CNN political commentator Angela Rye on her show “On 1,” actor Will Smith argued that what our country needs right now are people who don’t promote the “destructive aspects of loveless, godless leadership.”

Do not elect people who do not have God and Love in their hearts.

… the problem is in the hearts and minds of people. So it demands that our attention begin on our hearts and minds. As a country, I would hope that a part of what we’re learning right now is the destructive aspects of loveless, godless leadership. Do not elect people that don’t have God and love in their hearts.

The irony, of course, is that our current leadership is being driven and supported by white evangelicals who surround the president — the guy who had people tear-gassed so he could hold up a Bible for a pathetic photo op — and defend every awful thing he does. They treat criticism of Trump as persecution of Christians.

Godlessness isn’t the problem. We don’t have enough godlessness. We need more godlessness. God doesn’t automatically make people good and we have centuries of evidence backing that up.

If anything, we need a hell of a lot less religion in government.

The fact that anyone would equate godlessness with a lack of love is ignorant at best and bigoted at worst. For someone like Smith to do it, given his huge platform, is flat-out irresponsible. He already has about 2 million views on the Instagram clip posted above — the one with the caption, “Do not elect people who do not have God and Love in their hearts.”

But let’s assume he didn’t mean it like that, and Smith was just saying we need better leaders with more compassion and stronger guiding principles, especially when it comes to issues of race.

Well then… he could’ve just said that.

Instead, Smith offered a belated admission that he wasn’t “talking about Church or Religion.”

Which means he thinks it’s okay to talk about how horrible godless people are but only outside the context of… God?

I don’t get it either.

But you have to appreciate this incredible response from Mandisa Thomas, president of Black Nonbelievers:

Godlessness is not synonymous with evil. Rye could have challenged him on that. Instead, she told him to repeat it so it would sink in for more people. It was a failure on both of their parts. 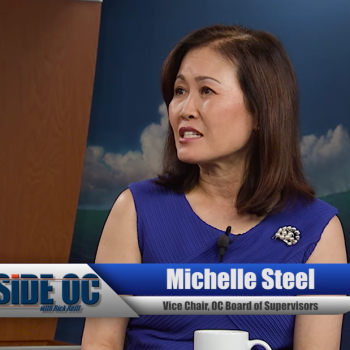 July 9, 2020
GOP Candidate: I Pulled My Daughter from College for Supporting Gay Marriage
Next Post 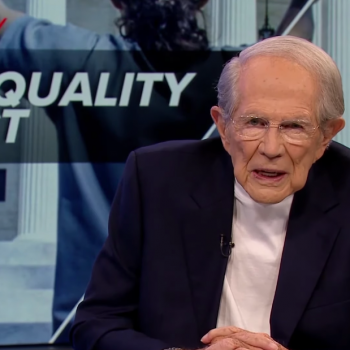