In a(nother) disturbing decision by the Supreme Court this morning — Our Lady of Guadalupe School v. Morrissey-Berru — the justices ruled 7-2 that federal employment discrimination laws don’t apply to teachers of religious instruction at church-run schools.

In essence, religious schools can fire you for any reason they want just by saying you’re a “minister” no matter what it is you actually do. There’s no longer any recourse for employees. And there’s no definition for what constitutes a “minister.”

Even more damning: If you consider this ruling with last week’s decision in Espinoza, federally-funded religious schools may now be immune to federal laws against employment discrimination. Despite being religious, they can receive taxpayer money. And because they’re religious, they can avoid legal consequences.

Tell me how that’s not an endorsement of religion as prohibited by the First Amendment. 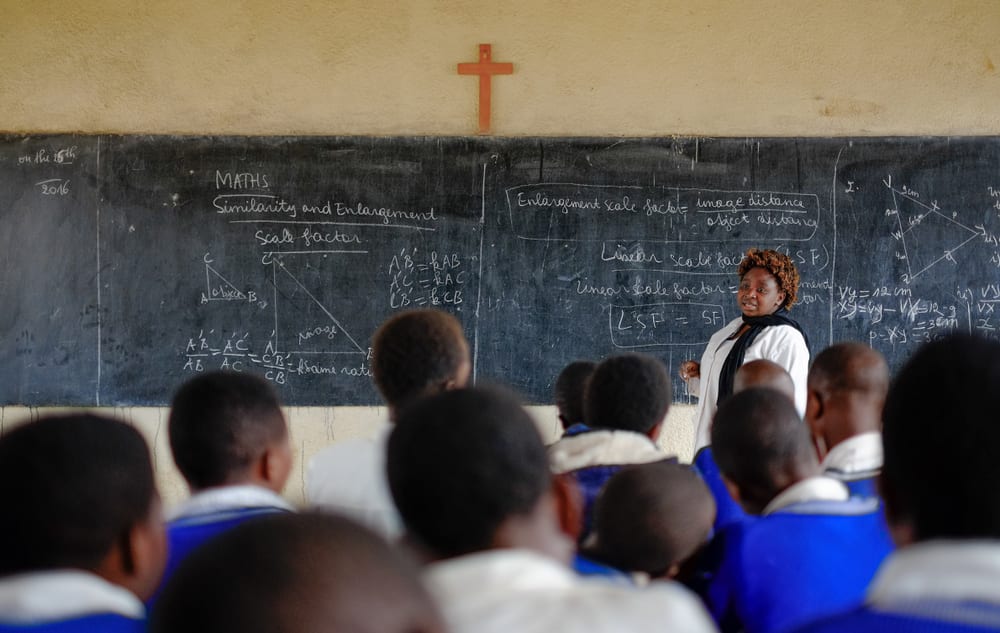 This particular case involved two women who sued after they were fired from their private religious schools.

Neither woman was a Catholic leader in any sense of the word; they merely taught “Catholic doctrine” in the course of their daily work. Kristen Biel taught a little bit of everything to fifth graders — math, English, etc. — including a class teaching kids basics about Catholicism. She also prayed with students as the school required. She was fired after telling the school she needed time off due to her breast cancer. (She died last year.)

Agnes Morrissey-Berru taught one class on the history of the Church (a secular subject), directed an Easter play (which is hardly pastoral work), and prayed with students each day (as required by the school). But when she was fired simply for getting old — which would not be permitted under federal law — the school said it was exempt from the law because she was a “minister.”

In other jobs, both women would have every right to sue. But with the Court’s decision today, that’s no longer the case.

Writing in dissent, Justice Sonia Sotomayor illustrated the dilemma. These women might be banned from participating in certain Catholic rituals because they’re not really Catholic… while also being unable to sue for discrimination after getting fired because the schools insist they’re “ministers.”

Pause, for a moment, on the Court’s conclusion: Even if the teachers were not Catholic, and even if they were forbidden to participate in the church’s sacramental worship, they would nonetheless be “ministers” of the Catholic faith simply because of their supervisory role over students in a religious school. That stretches the law and logic past their breaking points.

She adds that the decision now puts the employment of thousands of people in danger. The word “minister” no longer has any meaning. And those employees no longer have any recourse.

This sweeping result is profoundly unfair. The Court is not only wrong on the facts, but its error also risks upending antidiscrimination protections for many employees of religious entities.

Right-wing Christian groups are praising the decision, of course. But look at the words of Russell Moore, president of the Ethics & Religious Liberty Commission of the Southern Baptist Convention, who celebrated the decision because “faith-based organizations have the constitutional right to hire those who share the organizations’ beliefs.”

Sure they do. That was never in doubt. But Moore neglects the actual issue at hand: When a Catholic school hires someone who isn’t even Catholic, and then fires them for reasons that have nothing to do with Catholicism, they can now get away with their cruelty by just yelling “RELIGION” at the nearest judge.

The Center for Inquiry, which filed an amicus brief in the case, denounced the decision:

“To expand an exemption for ‘ministers of the faith’ to the point that it includes these grade-school teachers is frankly ridiculous,” said Nick Little, CFI’s Vice President and Legal Director. “One of these teachers’ positions was not even limited to members of the school’s faith, so it beggars understanding how her job could have been considered vital to its theological integrity.”

“This doctrine was intended to prevent the government from being able to dictate to churches who could serve as a preacher,” said Robyn Blumner, CFI’s President and CEO. “Here, it’s being used as a wink-and-nod to religious schools so they can safely ignore anti-discrimination laws and leave their fired employees with no legal recourse. So the Supreme Court has yet again chosen to give religious groups the ultimate privilege: immunity from obeying the same laws as everyone else.”

“It’s morally unconscionable that the Supreme Court is allowing religious schools to fire employees for discriminatory reasons, all while forcing taxpayers to fund them,” said Alison Gill, Vice President for Legal and Policy at American Atheists, referencing the Supreme Court’s decision last week in Espinoza v. Montana Department of Revenue. “No American should be forced to fund discrimination. Allowing religious employers to ignore non-discrimination laws simply because they are religious is exactly the sort of preferential treatment the Establishment Clause prohibits.”

“We know exactly what’s coming next,” said Nick Fish, president of American Atheists. “Religious schools, hospitals, and service providers — all receiving taxpayer money thanks to this administration’s and this Court’s constant attacks on the Establishment Clause — will start to call all of their employees ‘religious leaders’ so they can discriminate against them with zero oversight.”

Seriously, what’s stopping them from doing that? If a religious hospital just calls everyone an honorary minister, they can now circumvent all kinds of legal blowback for their hiring and firing decisions.

Americans United for Separation of Church and State President and CEO Rachel Laser said this:

“Today’s decision demonstrates how the Supreme Court continues to redefine religious freedom — twisting what is meant to be a shield that protects us into a sword to harm others. The court elevates a distorted notion of religious freedom over fundamental civil rights.

“Houses of worship and religious schools get to decide religious matters without government intrusion, but they shouldn’t get a free pass to fire all educators based on race, gender, age, sexual orientation, disability and other categories for which discrimination is legally forbidden. The ministerial exception is meant to apply only to genuine faith leaders. It should not be exploited to justify discrimination against math, gym, and computer teachers, who clearly aren’t ministers.

“Teachers at religious institutions should now demand to know whether their employers consider them ‘ministers’ unprotected against employment discrimination.

That last point is solid. Religious institutions need to make it abundantly clear to any employee who is and isn’t a “minster” before someone is hired.

The Freedom From Religion Foundation called it a “setback to workers nationwide”:

“The Supreme Court is allowing religious employers a broad opportunity to discriminate against employees. Their workers now will have less protection under civil-rights laws,” says Dan Barker, FFRF co-president.

“Organizations are already attempting to circumvent civil rights laws by gaming the ministerial exception, and this decision will make it easier for them to do so,” says FFRF Senior Counsel Patrick Elliott.

“Today, our nation’s highest court gave permission to religious institutions to play by their own rules and discriminate wherever they see fit. Religious belief should not be used as an excuse for bigotry, and should especially not excuse discrimination that would otherwise be illegal. This decision to raise religion above the civil rights of other proacted classes will not stand the test of time, but will result in too many years of harm before it can be corrected,” American Humanist Association (AHA) Executive Director Roy Speckhardt lamented.

It’s far too easy to say people simply shouldn’t work for religious institutions. For some adults who lack formal certification, the minimal bar for entry for teaching at a Catholic school is the only way they can teach at all. For janitors, it shouldn’t be relevant what kind of hospital they’re working at.

All today’s decision does is allow religious institutions to get away with more cruelty; it gives them far too much power over their employees simply because they believe in a particular deity. It’s a complete perversion of the Constitution, and it’s the result of the conservative takeover of the federal bench. 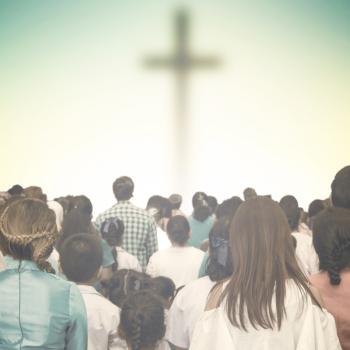 July 8, 2020
COVID is Still Spreading, in Part, Because of Churches' Irresponsible Decisions
Next Post