Yesterday (because he’s not at all busy dealing with the pandemic), Donald Trump issued an executive order calling for the creation of a “National Garden of American Heroes,” full of statues that would be all but impossible to destroy.

As with many of Trump’s orders, the piece of paper may be all that ever comes of it. It simply calls for a task force to present plans for the garden within 60 days; it wouldn’t be completed until 2026. It could very well be rescinded in the near future.

But just for the hell of it, let’s dig into who he wants represented in the garden. He specifically name-checks conservative justice Antonin Scalia, suggests recipients of the Presidential Medal of Freedom (so… Rush Limbaugh?), and also mentions the late evangelical preacher Billy Graham (below).

Graham died in 2018 and the white-washed version of his legacy is that he was an informal advisor to presidents of both political parties as well as one of the most admired people in America for decades. But Graham also inspired the modern Religious Right which has no redeeming qualities, left behind a son best known for spreading even more hate and having a “No Jews Allowed” volunteer policy even when ostensibly helping the community, disparaged Jews over their “stranglehold” on the media, and was hardly a champion of civil rights in the 1960s even when his support could’ve helped African Americans.

That’s why Republicans shouldn’t have allowed his body to lie in honor in the Capitol Rotunda after his death. That’s also why he shouldn’t be remembered as some American icon. He’s a religious figure, first and foremost, not an American hero who just happened to be Christian. He’s hardly a “historically significant” American in the same mold as Harriet Tubman or the Wright brothers, whose statues would also be included in the garden. If churches want to idolize him, let them. There’s no reason anyone else should.

The whole charade with Graham is also unnecessary. There’s already discussion of another Graham monument in Washington. Each state is allowed to request two statues in the Capitol’s National Statuary Hall. North Carolina Gov. Roy Cooper (a Democrat) asked for the one of former governor Charles Aycock (a White supremacist) to come down to make room for one of the Charlotte-born preacher following his death. That process is still underway. At least in that venue, there are other religious figures like Mormon leader Brigham Young (Utah) and Catholic priest Father Damien (Hawaii). But those are choices left up to each state.

Whatever criticisms there are of North Carolina putting up a statue of Graham in Washington, they apply even more strongly when we’re talking about a national garden.

Trump’s executive order only lists one other religious figure — Junipero Serra, the Catholic missionary who enslaved and killed indigenous Californians. Several statues of Serra have also been taken down or destroyed by activists.

Trump’s garden isn’t about honoring prominent Americans. It’s about putting up monuments specifically designed to anger liberals whose understanding of American history is far more nuanced and comprehensive than the conservatives who think any flaws of their perceived heroes can be overlooked. Including genuinely noteworthy Americans in the mix is cover for what Republicans really want to do, which is celebrate people whose legacies are far more damaging than conservatives care to admit.

July 4, 2020
Atheists Are Heading to Court to Legalize Humanist Weddings in England and Wales
Next Post 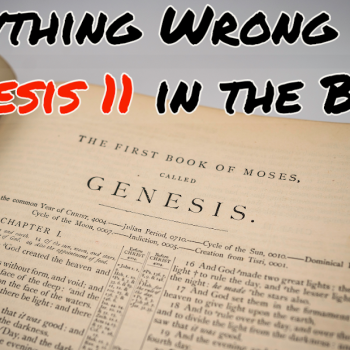