Every Independence Day since 2008, the Christian chain Hobby Lobby has run newspaper ads celebrating the faith of the Founding Fathers and how they supposedly wanted this to be a “Christian Nation.” This year’s ad is no different.

But the Freedom From Religion Foundation is responding today with full-page ads in three Oregon newspapers — the Oregonian, the Eugene Register-Guard, and the Salem Statesman Journal — celebrating our “godless Constitution” and how the Founding Fathers actually supported separation of church and state. 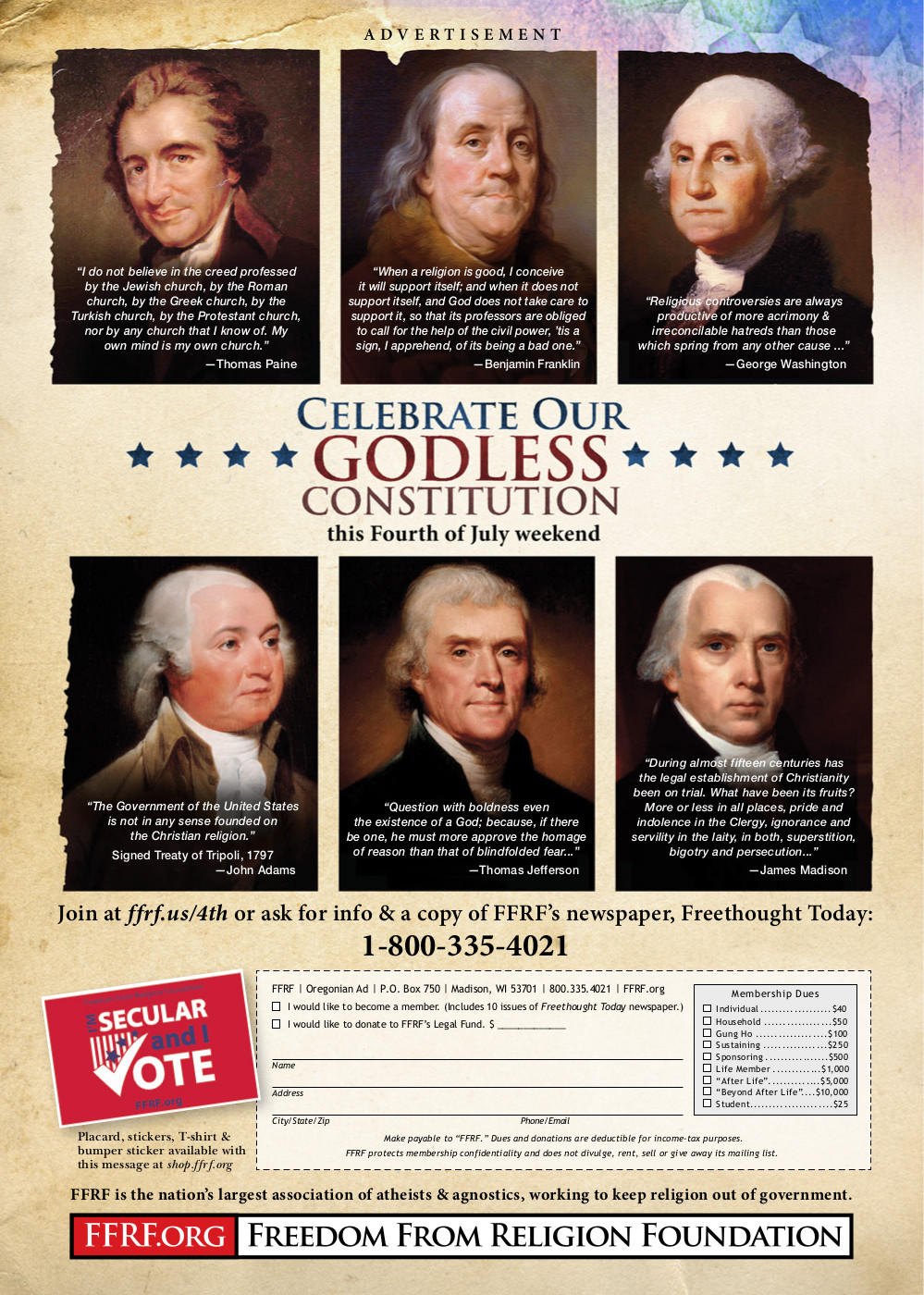 “We should be proud on Independence Day to celebrate America’s independence from theocracy — and the fact that the United States was first among nations to separate religion from government,” says FFRF Co-President Annie Laurie Gaylor.

FFRF thanks its Portland chapter, directed by Cheryl Kolbe, for generously underwriting the patriotic ad campaign.

“Our chapter board and membership are pleased to be able to fund full-page ads in three major Oregon newspapers this July Fourth to celebrate our Godless Constitution,” says Kolbe. “It is so important in our current times to trust in reason and science. We hope the ads will inspire people to support FFRF in its very important mission to promote the constitutional principle of separation of church and state.”

If nothing else, some people are in for a delightful shock when opening the paper today. 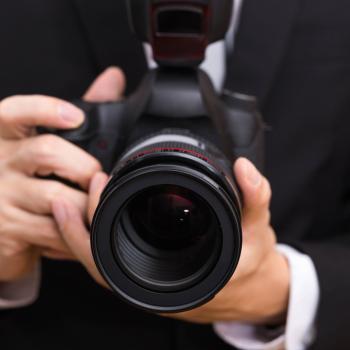 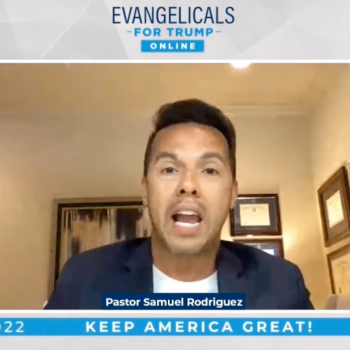 July 3, 2020 Pastor: Democrats Are "Hostile" to Christianity "in Every Sense of the Word"
Browse Our Archives
What Are Your Thoughts?leave a comment