Writing to his congregation in his weekly bulletin on Sunday, Father Theodore Rothrock of St. Elizabeth Seton Catholic Church in Indianapolis, Indiana condemned Black Lives Matter organizers with a rather disturbing analogy: 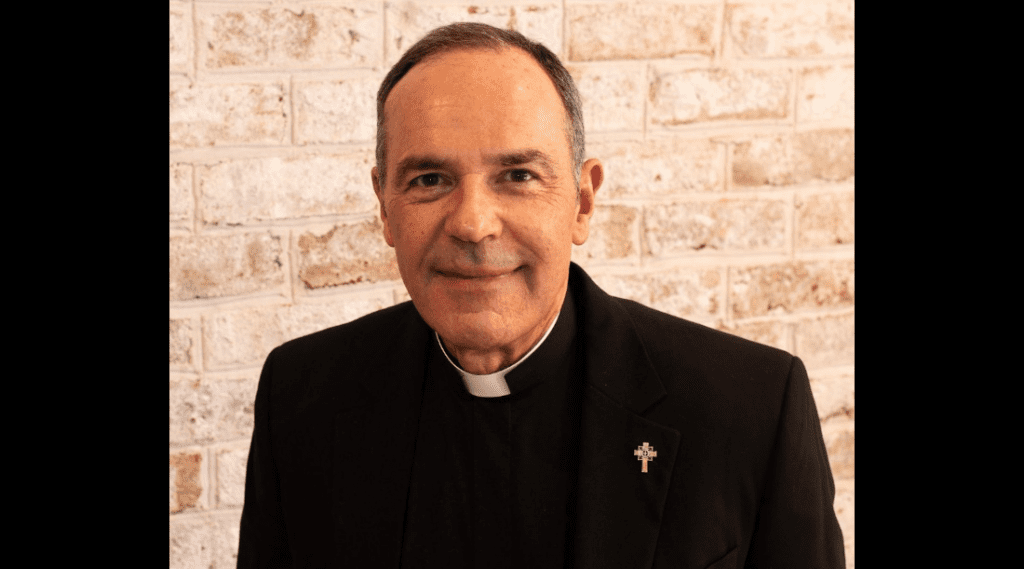 The only lives that matter are their own and the only power they seek is their own. They are wolves in wolves clothing, masked thieves and bandits, seeking only to devour the life of the poor and profit from the fear of others. They are maggots and parasites at best, feeding off the isolation of addiction and broken families, and offering to replace any current frustration and anxiety with more misery and greater resentment.

He went on to say that BLM and Antifa were trying to “replant a new species of human made in the likeness of man and not in the image of God.”

Now the entire Diocese is in damage control mode.

Bishop Timothy Doherty of the Diocese of Lafayette-in-Indiana issued his own statement saying he had nothing to do with it:

… I neither approved nor previewed that article. Pastors do not submit bulletin articles or homilies to my offices before they are delivered. I expect Father Rothrock to issue a clarification about his intended message.

There wasn’t much of a clarification. Rothrock said in a now-deleted statement that he was “somewhat surprised” by the reaction and issued a standard non-apology apology in which he said it was “not my intention to offend anyone.”

Yesterday, the Diocese went a step further, suspending him from ministry altogether. But he hasn’t been fired. Instead, said the bishop, “Various possibilities for [Rothrock’s] public continuation in priestly ministry are being considered.”

Just to state the obvious, the entire Black Lives Matter movement would not exist if innocent, unarmed Black citizens weren’t killed by law enforcement with shocking regularity. The irony of Rothrock’s statement is that, for all his claims about the need for racial harmony, in “God’s kingdom,” his words are hardly different from the way other [white] Christians used to denounce Martin Luther King, Jr. as dangerous. Rothrock is unable to articulate what the movement wants, why they want it, and why the anger sometimes manifests in looting or riots.

Instead of listening to and respecting Black voices, he’s only making the problem worse. And now, Rothrock will be forever known as the “maggots and parasites” guy. Not exactly a good way to promote Jesus.