In a totally normal video clearly intended to excite far-right voters before a competitive primary, Clay County, Florida Sheriff Darryl Daniels (an African American Republican finishing out his first term) said he may “deputize” gun owners to ward off Black Lives Matter protesters who get out of hand.

Or to put it another way: A radical sheriff with way too much power says he might give gun owners the ability to shoot those deemed not peaceful enough.

He also invoked God in his “warning.” Because there’s nothing more Christian than the image of a gun-toting Jesus.

Hey, folks, me and the men and women of the Clay County Sheriff’s Office just want to weigh in on what we’re seeing going on played out across the media, on mainstream media, in this country.

We swore an oath, and in that oath, we swore to support, protect, and defend the Constitution of the United States and the government, and that we’re duly qualified under the state’s constitution to hold office.

That is, for me as a sheriff and these men and women as deputy sheriffs. And we end that with, “So help me God,” but God is absent from the media’s message, or Black Lives Matter, or any other group out there that’s making themselves a spectacle disrupting what we know to be our quality of life in this country.

In Clay County, we have a great quality of life. We have a great relationship with our community. But across this country, not so much. I just wanted to take a stand with these men… and women who feel the same way that I do.

I know what happens when lawlessness prevails. And in this day and time, God is raising up men and women just like the folks you see standing behind me who will have strong backbones and will stand in the gap between lawlessness and the good citizenry that we’re sworn to protect and serve.

So, you can threaten all you want. You can say, “Hey, let’s go to Clay County, or let’s go to some other peaceful county, where their problems don’t exist — or not so much, like across this country, where relationships are great and not strained, and where the people support their sheriff and support the men and women in uniform.” And you’ll have something waiting on you that you don’t want.

Yes, we’ll protect your constitutional rights as long as you remain under the umbrella of peaceful protest or peaceful march.

But the second that you step out from up under protection of the Constitution, we’ll be waiting on you, and we’ll give you everything you want. All the publicity, all the pain, all the glamour and glory for all that five minutes will give you.

Is it a threat? Absolutely not. But someone has to step up in front of the camera and say enough is enough. Tearing up Clay County, that’s not going to be acceptable.

And if we can’t handle you, you know what I’ll do? I’ll exercise the power and authority as the sheriff, and I’ll make special deputies of every lawful gun owner in this county, and I’ll deputize them for this one purpose: to stand in the gap between lawlessness and civility. That’s what we’re sworn to do. And that’s what we’re gonna do. You’ve been warned.

Nothing says “We’ll keep you safe” like an unhinged sheriff promising to start a gunfight if liberals demand change.

A.G. Gancarski at FloridaPolitics.com notes that all this bluster “traditionally plays well in Clay” but is also completely unnecessary:

The warning (not a “threat,” Daniels says repeatedly), is especially interesting, given that Camp Blanding, from which the National Guard could deploy as it did during riots in actual cities, is in the county.

For what it’s worth, Clay County hasn’t seen any real protests. But Republicans never let reality get in the way of their chosen narratives. Daniels may have released this video in part because a lot of the press about him is negative — and for good reason:

Daniels… is being challenged by six opponents in the upcoming election. He is under investigation by the Florida Department of Law Enforcement after his former employer, the Jacksonville Sheriff’s Office, announced last year that he’d had an affair with a co-worker when he was running its jails.

Daniels, who is married, was accused of later having the woman falsely arrested. He issued an apology, but said he wouldn’t discuss specifics.

The guy who abuses his own power wants you to know he cares about law and order. 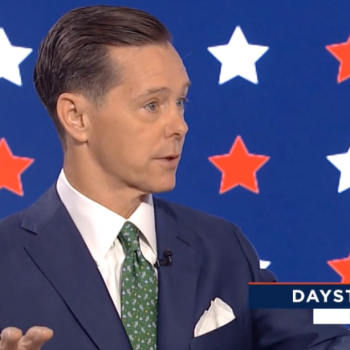 July 1, 2020
Ralph Reed: White Evangelicals Have Been "Vindicated" for Their Support of Trump
Next Post 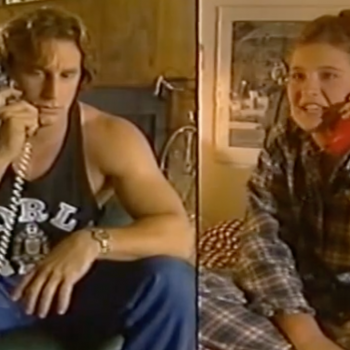