Former Minnesota congresswoman Michele Bachmann, who once said Donald Trump was the “most biblical president” she’d ever seen, is very upset with the administration’s “peace plan” with the Middle East.

In fact, she believed the COVID-19 crisis is divine punishment for putting too much pressure on Israel.

She made the comments on Jan Markell‘s “Understanding The Times” radio show on Sunday.

“On Jan, 28, 2020, a plan was revealed that envisioned a dividing of the covenant land and a division of Jerusalem,” she said. “Since that time, we have seen nothing but distress. The Bible speaks of that in Zechariah: Anyone who burdens themselves with a division of Jerusalem will be cut themselves upon a rock. Nations will be destroyed, Isaiah 60 says, if they do not follow the word of God. Messiah will judge nations, Psalm 2:12 says. It’s very clear. That’s why this warning was given to various high officials prior to the release of this plan. Now warnings are given again that perhaps this distress could be removed from our nation if we would withdraw the maps in this plan that envision the division of the biblical land and the division of Jerusalem.”

“Jerusalem is an eternal, undivided city and must never be divided,” Bachmann continued. “I would call upon the White House to withdraw that plan, and it just may be that the Lord and his grace and mercy may likely lift the distress upon our land even in our time and resume his hand of favor, which was so clear and evident until Jan. 28, 2020. That is my request. That is my prayer. I love our president. I pray for him daily. I just ask the question: In light of scripture, in light of the day that we live in, could it be that this distress could have in part been caused by this? And could it be that this distress would be relieved if action would be taken to come into conformity with a clear word of God?”

As a former seminary student, this is some of the worst exegesis I’ve ever seen. It never occurs to Bachmann — as it should to any responsible reader of the Bible — that these prophecies were about a specific people and place, in a very specific time and context. Even if those verses were applicable to today’s politics, how would we know it’s the United States being referred to? Why not Europe? Or Canada? And why would God punish the entire world with the coronavirus for a lackluster U.S. proposal?

But that’s reading too much into it. Bachmann has always been willing to twist her faith to fit her political agenda. Even out of office, she continues to make a mockery of Christianity. 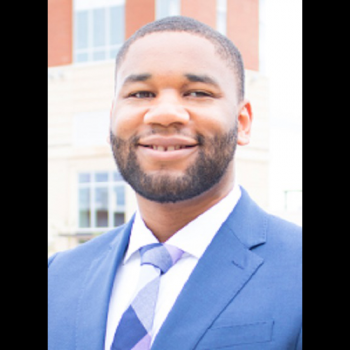 June 30, 2020
Former Liberty U. Staffer Opens Up About Being Queer on an Anti-Gay Campus
Next Post