If statues of Confederate soldiers and slaveowners are being vandalized, torn down, or simply removed, then defenders say Christians can strike back… by destroying statues of Baphomet, the statue that has come to represent The Satanic Temple.

Because I guess they think those statues are everywhere. 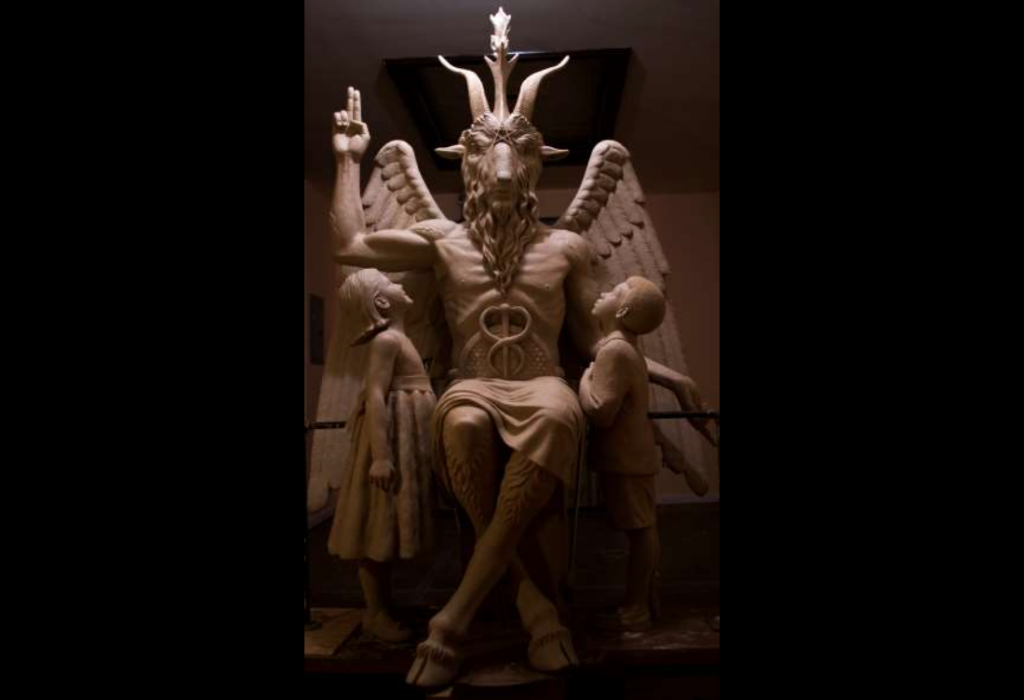 If the standard in this country for deciding on the fate of statues, memorials and monuments has become one of offense — meaning, if the structure offends, it must go — then Christians certainly have cause to go after all-things-Satanic Temple.

Besides the weird desire for eye-for-an-eye revenge, keep in mind that the statues being torn down are ones representing racism and bigotry. It’s not about being offended. That may be a favorite talking point for conservatives, but it’s a lie.

Activists aren’t going after statues of flawed heroes who offend them; they’re going after people who committed acts of genocide, who supported slavery or kept slaves, and who fought against our country.

Baphomet represents an organization whose Seven Fundamental Tenets include “The freedoms of others should be respected, including the freedom to offend. To willfully and unjustly encroach upon the freedoms of another is to forgo one’s own.”

In any case, where are these statues of Baphomet, anyway?

Chumley cites one at the Arkansas Capitol that was apparently erected in response to a Ten Commandments monument.

The unveiling was at a First Amendment protest of a monument of the Ten Commandments already located at the Capitol. The Satanic Temple’s view was that since the Ten Commandments represented a religious view, then Arkansas politicians either had to remove that monument or allow for the installation of the Baphomet figure.

That lawsuit is still ongoing, but the more important point is that the statue isn’t there. It was brought in temporarily during a demonstration.

She’s not the only one unaware of that.

Why don’t the protesters take out the Satanic pedophile statue of Baphomet in Detroit? pic.twitter.com/U2mfi1Vcpk

In the tortured logic of @charliekirk11 we are offered a choice between respecting confederate memorials or respecting religious pluralism. https://t.co/ZgOOctdIHo

Other examples Chumley brings up are Snaketivity scenes (put up near Nativity scenes during the holidays)… but those are temporary, and no one is suggesting people vandalize the Christian display.

Chumley admits “Some of these satanic shows are seasonal.” But that implies some are not. In which case, she ought to tell us where we can find a Baphomet statue out in the wild anywhere.

She won’t. She doesn’t know how to do minimal research. She is, after all, the same person who reacted to Satanic invocations by calling them examples of “cultural degradation” offered by “cockroaches that, just a few short years ago, were constrained to dark corners.”

I asked Lucien Greaves of The Satanic Temple what he thought about his throngs of statues coming down. He noted that there’s only the one Baphomet monument and it’s not currently in any public location. But he made clear that they’ve only considered putting it up in places where there was already a Ten Commandments monument on the premises. To them, this is about equality, not superiority.

Baphomet has only ever been requested to be installed where there are already pre-existing 10 Commandments monuments. Just as it is nonsense to say that Baphomet should be destroyed in reply to the removal of Confederate memorials, it is nonsense to argue that Baphomet should be destroyed, in the name of equality, while 10 Commandments monuments should remain. Just because we choose not to venerate American traitors who fought to uphold slavery does not mean we must therefore abandon religious liberty. We have never asked for the 10 Commandments to come down, only that we be allowed to erect Baphomet on the same public grounds where they reside.

He also noted that, unlike Confederate monuments, the Baphomet monument was never about hurting or subjugating anybody.

Evangelicals have no credible claim that the Baphomet monument diminishes them in any way. We have always been clear regarding the meaning and intention of Baphomet: to celebrate diversity, pluralism, free expression, and religious liberty. Christians who cite a false history based upon conspiracy theories of “Satanic Ritual Abuse” are actually continuing a Christian history of marginalizing and denigrating “others” by way of witch-hunts, inquisitions, and unjustified out-group purges. It is this history, ironically, that gives the Baphomet monument all of the historical gravity that can be afforded “historical” depictions of the 10 Commandments.

Not that Chumley or anyone else will ever acknowledge any of this. She’s too hell-bent (pun intended) on removing imaginary statues than dealing with real-life issues. 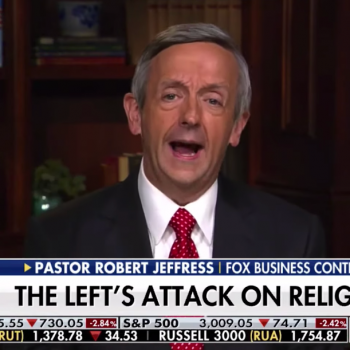 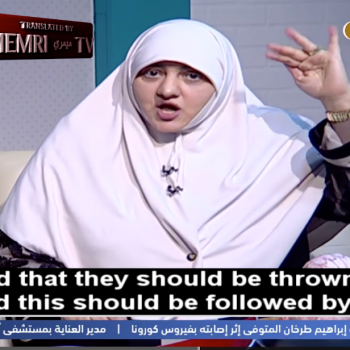